The Ray Quarcoo legacy lives on 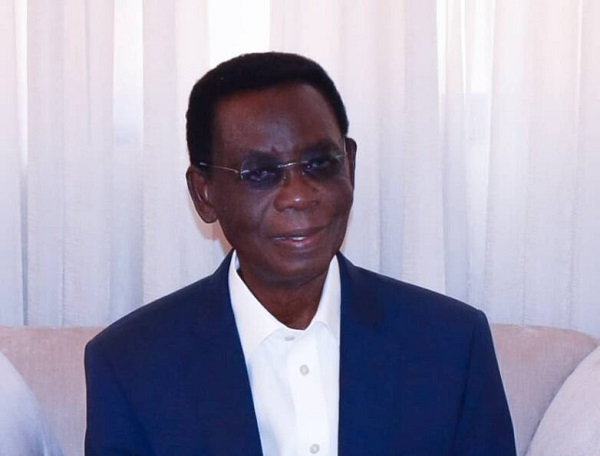 The national amateur boxing team, the Black Bombers, continue to shine, inspite of official state neglect, dominating the narrative in discussions about the medal-winning sporting disciplines, at the recently concluded Birmingham 2022 Commonwealth Games.

At the centre of attention, Black Bombers head coach, Dr Kwasi Ofori Asare, who also coached featherweight Samuel Takyi to his, and Africa's sole boxing medal (bronze) at the Tokyo 2020 Olympics held last year, on account of the global scourge, the COVID-19 disease, has been glowing in the spotlight.

Coach Asare, born and bred in James Town, is a former boxer, taught as a juvenile by the doyen of boxing coaches, the late great Surpriser Sowah.

It is obvious Coach Asare's name is in great company with the aforementioned boxing immortals.

Yet, the highly skilled coach recognizes Goodwill Ambassador, Ray Quarcoo, a former president of the Ghana Amateur Boxing Federation (GABF), now known as the Ghana Boxing Federation (GBF), as the seal to the foundations of the doyen trainer, Surpriser Sowah, of Spartan Boxing repute, and former GABF president, Eddy DuPlan.

"Eddy DuPlan took me to a training course in Italy, before Ray Quarcoo became the president.

"Then, coaching changed from diplomas and certificates to IBA Standard Coaching. Ambassador Ray Quarcoo did very well, because at the time he was the president was the time I became an (IBA) Instructor.

"So, he gave me that fame, because I think he had a little bit of confidence in me, giving me that opportunity," says Asare, adding that Quarcoo's results-oriented approach required the highest standards. Hence, Ray Quarcoo enrolling Ofori Asare and Vincent Akai Nettey, for the IBA-accredited courses, culminating in their attainment of the sole 3-Star and 2-Star lBA licences, respectively.

"Anytime we went to tournaments, and the performance was not what he thought it should be, he thought, 'you should be able to do better'. So, he even wrote me query letters," says coach Asare, a winning mentality he has imparted to guide his boxers to glory, in and outside the country.

"During his time, too," continues the coach. "the president took the junior national team of 12 boxers, between the ages of 14 and 16, including Wahid Omar, Azumah Mohammed, Musah Rahman Lawson, Sulemana Tetteh and Gibrine Ahmed, to the world championship.

"They'd never had the exposure of going outside, but during Ray Quarcoo's time, all boxers were given a chance to improve, and prove themselves.

"I learned a lot during his time, by going to those competitions, being exposed.

"Also, I remember, on the road to the London 2012 Olympics, the IBA had set up a training camp in Wales, and he (Ray Quarcoo) was able to connect us to the training camp of IBA, to be trained by their elite coaches, in preparations for the 2012 Olympics. It was also a learning process for me. So, it was during his time that I learned more.

"So, I can say he and Eddy DuPlan (a predecessor of Ray Quarcoo) created the base, from which we're getting all these benefits", concludes Ofori Asare.

Other beneficiaries, Birmingham Games silver medalists Abraham Mensah and Joseph Commey, popularly known as Jaguar, have declared their determination to continue to raise the national flag for the Ghana 2023 African Games, targeting gold medals in readiness to take the Paris 2024 Olympics by storm, to build on the success story of Samuel Takyi, now campaigning in the paid ranks.

Those goals, while lofty, are attainable by the ambitious fighters, tapping into the physical, tactical, physiological, technical and psychological tutelage of the IBA instructor named Ofori Asare, a great beneficiary of the Ray Quarcoo legacy.