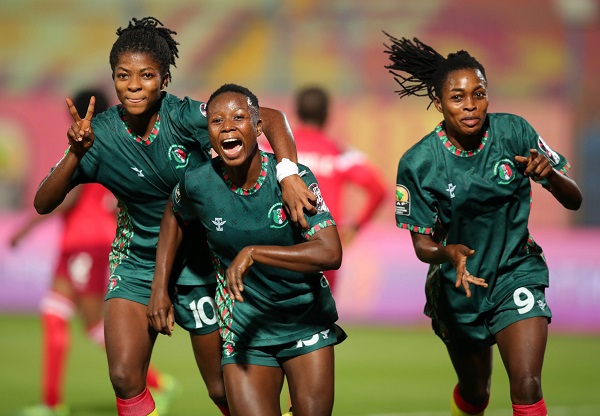 Ghana’s Under-20 female football team, the Black Princesses, will have to draw inspiration from their predecessors and win to keep their dream of qualifying for the 2022 Women’s World Cup.

Known for their free-scoring style in qualifiers, the Princesses are yet to record a goal and as they host their Zambia counterparts in the second leg of their second round qualifier, they will have to bang in the goals to progress.

Two weeks ago, they drew goalless against the Young Copper Queens at the Nkoloma Stadium,  and tomorrow at the Cape Coast Stadium, the players who will line up for the second leg will have to deliver something special to avoid any disappointment.

Though new to the Princesses job, Head coach Ben Fokuo is not new to women’s football and understands what it means if his ladies are unable to clear the Zambia hurdle.

“We know the stakes are high and we are determined to make it pass the Zambians. Unlike the Zambians who played in the first round, we did not get an opportunity as the team we were to play, Mauritania, withdrew from the competition. We want to progress and go to Costa Rica and that means we have to win at all cost on Saturday,” Coach Fokuo told the Daily Graphic.

To do that, he can rely on some of the key Hasaacas Ladies players who helped their team to the second place finish at the inaugural CAF Champions League in Cairo recently.

With the likes of Doris Boaduwaa and the best player of the CAF tournament, Evelyn Badu, and last season’s top scorer of the Women’s Premier League, Ophelia Serwaa Amponsah, all available for selection, Coach Fokuo would have to deploy them and device a strategy for them to deliver.

Dicey task
While the Princesses were yet to kick a ball before beginning their campaign in the second round, the Young Copper Ladies earned an emphatic 8-1 aggregate win over Malawi in the first round, winning 6-0 at home in the first leg and 2-1 away in the return leg.

Aware of the dicey situation and the stakes, Coach Fokuo and his ladies moved camp from Prampram to Cape Coast last Monday, and that should help them to settle in ahead of the Zambians who also arrived yesterday in the country and went straight to Cape Coast to acclimatise.

If the Princesses win and progress, they will set up a final round clash with the winners of the Uganda versus South Africa encounter.
Uganda travel to Johannesburg for the second leg with a 1-0 advantage from the first leg.