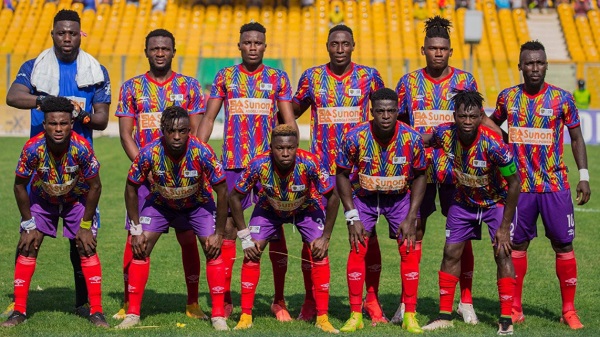 Graphic Online's Donald Ato Dapatem reports that the President announced this when the Board of Directors of Hearts paid a courtesy call on him Tuesday [Nov 23] at the Jubilee House in Accra.

The Phobians will get their Confederation Cup campaign underway on Sunday, November 28, 2021, in Accra against Algerian side Jeunesse Sportive de la Saoura ((JS Saoura) in a play-off to qualify for the CAF Confederation Cup group stage.

The return leg is scheduled for December 5, 2021, in Algeria.

Hearts were drawn against JS Saoura after they crashed out of the CAF Champions League at the second qualifying round against Moroccan side Wydad Athletic Club.

The Ghana Premier League champions were walloped 6-2 on aggregate following a 6-1 mauling in Casablanca.