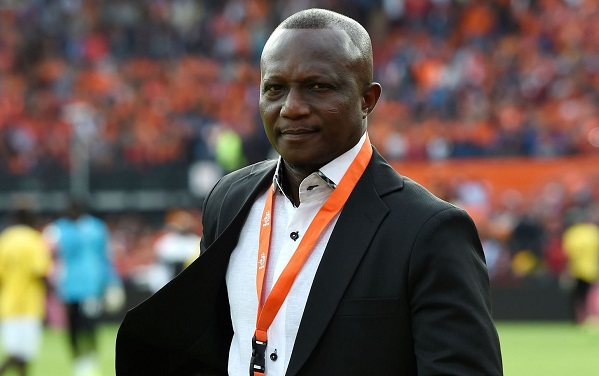 Former Black Stars head coach, James Kwasi Appiah, has called on Ghanaians to close their ranks and rally behind the technical team and the playing body to ensure a good showing at the 2022 FIFA World Cup in Qatar.

While congratulating the coaching staff headed by Otto Addo and the players for securing Ghana's fourth FIFA World Cup qualification, Coach Appiah stressed the need for the entire nation to unite behind the team to enable them excel in Qatar come November-December.

The man, who is passionate about the future of the Black Stars, praised the players for dying for the nation when it mattered most.
He noted that the Black Stars had come this far through teamwork, hence the need to maintain the same collective effort to sustain the momentum.

"I appeal to Ghanaians to come together and support the technical team especially to enable the Black Stars perform well at the upcoming World Cup in Qatar," the reserved coach told Graphic Sports Online on Wednesday.

"What we need now after qualifying is to build a strong team for the World Cup and the technical team need the support of all Ghanaians to achieve that," he stressed.

He said since football is the only force that unites the nation, this is the time for all Ghanaians to bury their differences and throw their weight behind the team to enable them excel at the World Cup in Qatar.

He said since the World Cup is just a few months away, there is the need for preparations to start immediately after Friday's draw in Qatar.

He, however, commended Ghanaians for the massive support they offered the team during the playoff against Nigeria which saw Ghana qualifying via the away goals rule, following a 1-1 draw with the Super Eagles of Nigeria in Abuja on Tuesday night.

Interestingly, the current Black Stars coach scouted for Coach Kwasi Appiah, alongside Mas-Ud Didi Dramani, at the Brazil 2014 FIFA World Cup.
Both Otto Addo and Dramani contributed to Ghana's stellar performance against eventual champions, Germany, which resulted in a gruelling 2-2 draw in their second group match in Fortaleza.

According to Kwasi Appiah, he had worked closely with the two coaches for sometime now and even requested for Coach Dramani to become his assistant during his second stint as the Black Stars coach in 2017, but the authorities opted for Maxwell Konadu.

Coach Appiah, however, chose Dramani as one of his scouts for the 2019 Africa Cup of Nations (AFCON) in Egypt, where Ghana exited at the Round of 16 after losing to Tunisia on penalties.