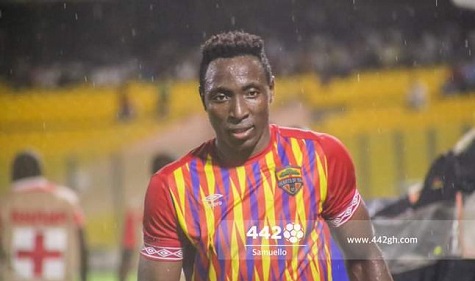 Ghana’s Accra Hearts of Oak will be under pressure to make amends when they turn their attention to the CAF Confederation Cup after a botched CAF Champions League campaign when they host JS Saoura in a playoff first leg at the Accra Stadium on Sunday.

This is especially after tasting a 0-2 to Ashantigold in their fourth week Ghana Premier League match at the Obuasi Len Clay Stadium yesterday. Before the match, Hearts fans had anticipated a positive away result to end their string of draws and also provide them the tonic for a good show against the Algerians at home on Sunday.

As things stand now, embattled Coach Samuel Boadu and his men will need a miracle against JS Saoura in their backyard on Sunday to restore the smiles on the faces of their fans and push for a place in the money zone of the Confederation Cup.

After winning the maiden edition in 2004, Hearts look set to stage a comeback in the competition for the first time since 2015 when they were stopped by Tunisian side, AS Tunis, following a massive 4-0 defeat in the return leg after a 1-1 draw in Accra.

That notwithstanding, Hearts seem more experienced at this level than their Algerian counterparts who are making their Confederation Cup debut despite crashing out in the early stages of the CAF Champions League twice. However, Hearts’ poor run in the domestic league has raised questions about their ability to glitter against the Algerians who have won two games and drawn one out of four league matches played this season.

The situation has brought intense pressure on the players and the technical team to find an antidote to their winless streak as they struggle to recover from the humiliating 6-1 drubbing by Moroccan side, Wydad Athletic Club, in the CAF Champions League last month.

Hearts are also expected to use Sunday’s game to exorcise their fear for North African teams, who have in recent times derailed their continental ambitions.

As the Phobians seek to find their rhythm, Coach Boadu will have a difficult task motivating his charges to snatch their first win of the season to give their followers something to cheer about.