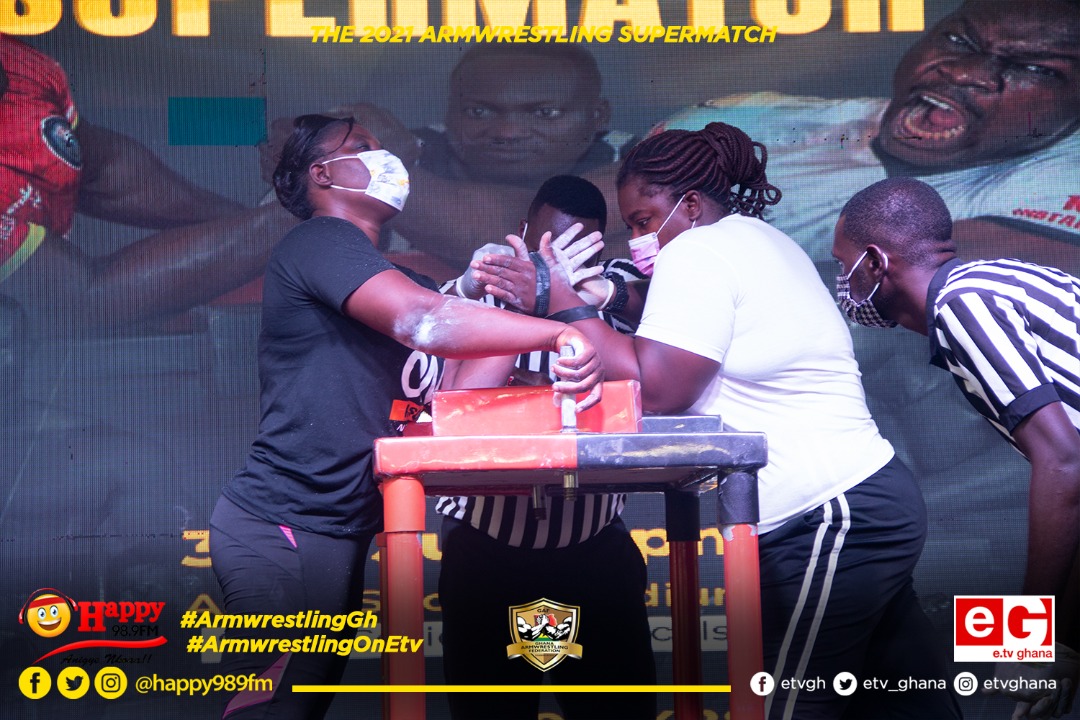 African Champion and Police officer Grace Mintah has been crowned the new queen of Ghanaian arm wrestling after winning the Armwrestling Supermatch at the Hathramani Hall of the Accra Sports Stadium on Saturday.

Grace who won a gold medal at the 2019 Africa Armwrestling Championship in Mali came in strongly after a two-year absence to defeat Mary Aryeetey and Florence Boakye Mensah for a showdown with the defending heavyweight champion Yasmin Kadiri Moro aka Bukom Vampire in the right arm contest.

Grace dismissed the defending champion Yasmin with two straight wins in the finals to claim the right arm champion title and later squared of with Florence Boakye in the left arm contest, defeating the later to also win that contest.

Having won both titles, Grace was crowned the new champion in the Women's Armwrestling Heavyweight category and was decorated with a huge miniature arm wrestling trophy, gold medal, cash prize and products from the event sponsors.

Para-athlete Haruna Tahiru aka the Warrior won the bragging rights as the best in the heavyweight contest when he edged Isaac Antwi Boasiako alias the Punisher, undefeated Derrick Kwakye alias Asoka GH and Fawzi Saoud alias the King who flew down from Lebanon for the Supermatch.

Tahiru, an African champion himself in the Para Armwrestling won a trophy, cash prize and other attractive prizes.

The Armwrestling Supermatch was organized by the Ghana Armwrestling Federation (GAF) to restart competition which had been affected by the Covid-19 pandemic and to prepare the Golden Arms for the World Armwrestling Championships in Georgia where over 1,600 pullers from across the world will converge to determine the world's best in the sport. 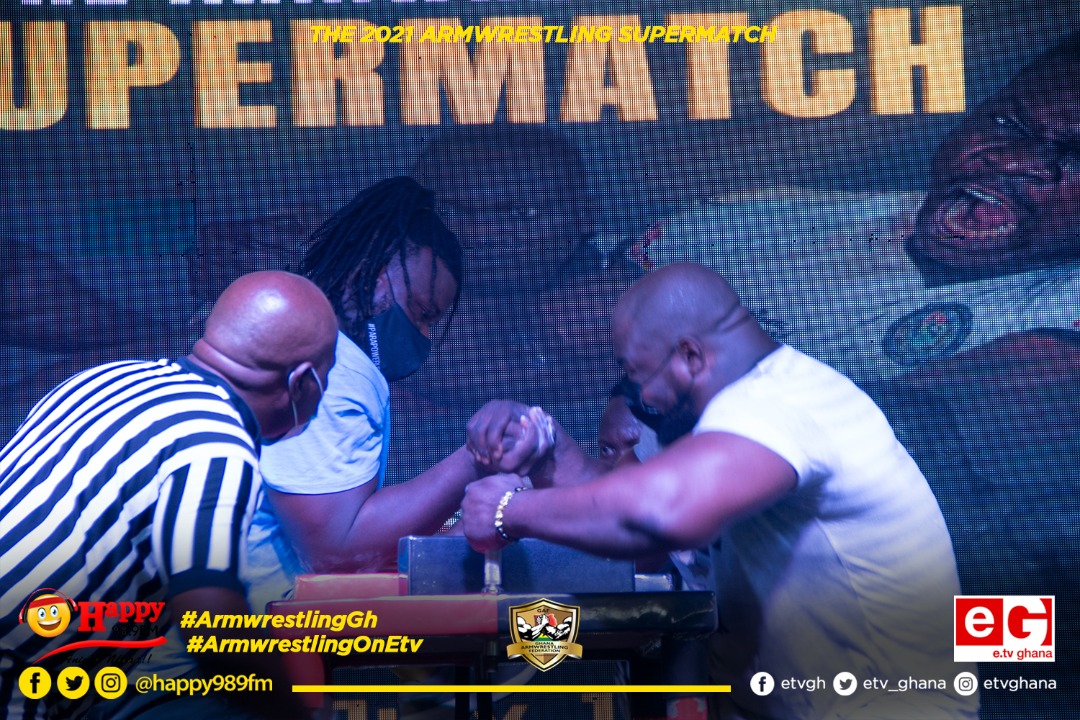