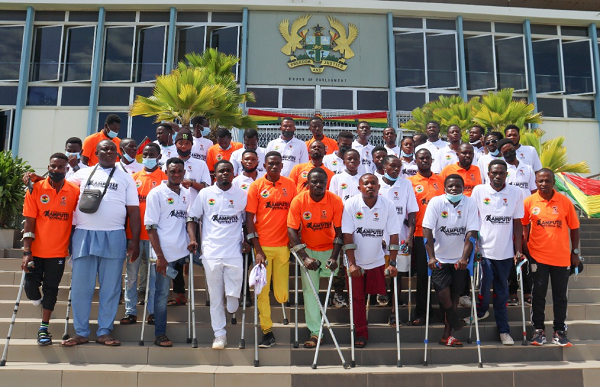 The Ghana Amputee League Clubs Association (GHALCA), has unveiled its plans to begin recruiting and training amputee football players at the grassroots level in the coming days.

Speaking in an interview on the sidelines of a gala to mark Ghana’s National Day for the Rights of Persons with Disability (PWDs) which falls on June 23 every year, Mr. Bawa Sambian, Chairman of GHALCA, disclosed that the Association would soon begin a national tour to locate, recruit and train potential amputee football players.

“The plan is to ensure those with the potentials are identified and recruited so they can also develop their talents to become great footballers in the sport, whilst helping with the development of the country,” he said.

“We are pioneers in amputee football in Ghana and we hold several records that must be jealously protected and improved upon. We can’t sit down for others to overtake us. We are moving fast to get more players into our fold to make the game better,” Mr. Sambian disclosed.

He revealed that several training programmes have been lined up, including courses for technical persons like coaches, referees and masseurs, among others, to develop their capacity to handle the players. 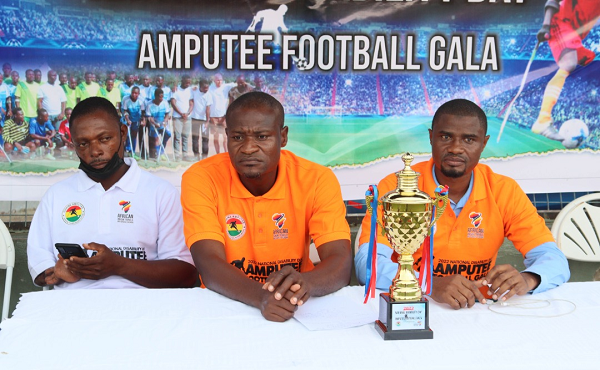 Mr. Sambian appealed to government and sponsors to come to their aid to actualize their plans that would inure to the national agenda.

Principal Sports Development Officer of the National Sports Authority (NSA), Mr. Hubert Leo-Mensah, who represented the Director General of the Authority, congratulated those who made the day possible in spite of challenges at the amputee football front, promising the support of NSA towards such events. 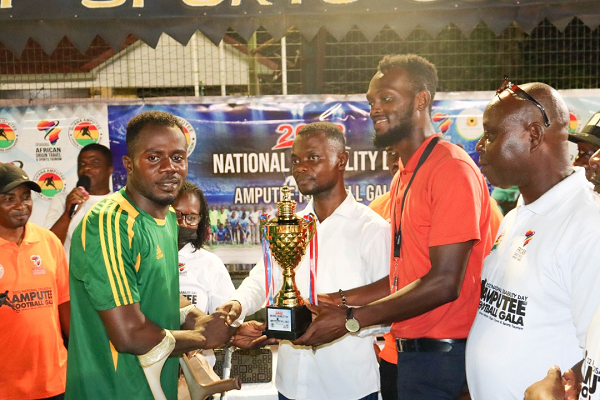 The Disability Day was marked across the nation with different programmes and GHALCA took the opportunity to organize a gala for six clubs, Gye Nyame, Ayawaso, Asanteman, Amugisco and Kumapem and All Stars Amputee Football clubs. All Stars was a combined team of other clubs.

Gye Nyame beat Asanteman 3-2 in a pulsating final match to lift the 2022 National Disability Day Cup, after topping their group to zoom into the finals.

Earlier in the day, a delegation of GHALCA leaders visited Parliament House to highlight the importance of the day and to court the Law Makers’ support to change the narrative about disability in Ghana.

Though they couldn’t meet the Members of Parliament in the Chamber, they channeled their message through their leadership, praying them to support their cause. 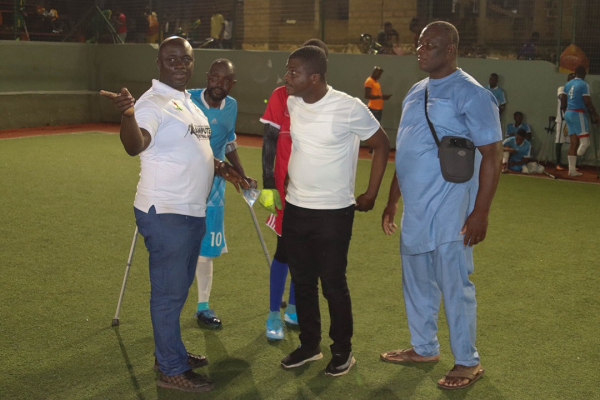 The Founder of the Talent Hour for Persons with Disability, Mr Obeng Ansah commended the government for its commitment to develop the country’s sports industry.

For him, the various initiatives and investments that the government had taken to provide opportunities for the players in the sporting terrain was laudable and needed to be praised for.

He, however, appealed to the government to spend at least two per cent of the resources that are channeled into non-disability sports on disability sports, noting that due to lack of funds, disability sports was struggling in many aspects, including participating in international competitions.