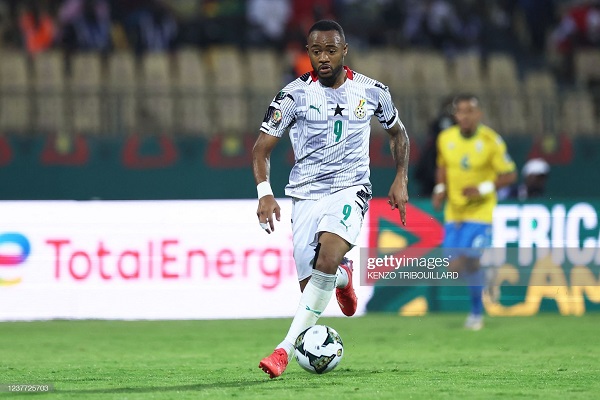 Former Black Stars and Asante Kotoko defender, Stephen Frimpong-Manso has identified the striking department of the national team as the main headache Coach Otto Addo would have to confront in this month's FIFA World Cup qualifying playoff with Nigeria.

He said the team's low conversion rate had been a great source of worry and one of the team's weaknesses and cause of their poor performances lately.

For him, interim coach Otto Addo, would need to make very tough and difficult choices, if the Black Stars are to overcome the Super Eagles in the two-leg encounter for a ticket to the 2022 FIFA World Cup in Qatar, as Ghana's lead striker Jordan Ayew has been experiencing a goal drought at both club and international levels.

“Our biggest headache is the attack, where Jordan Ayew has proved that he cannot be relied upon to handle it, hence the need for the Black Stars coach to look for other options as we meet Nigeria in our last World Cup qualifier,” Frimpong-Manso told the Graphic Sports in an exclusive interview.

During the last AFCON in Cameroun early this year, the Crystal Palace forward failed to find the back of the net in 270 minutes against Morocco, Gabon and Comos Islands. Jordan, who has scored 18 goals in 73 caps for Ghana, has not found the net for the national team since scoring against São Tomé and Príncipe in an Africa Cup of Nations qualifying match in March 2021.

Frimpong-Manso, who made 15 appearances for the Black Stars and was part of the team that lost the 1992 AFCON final in Senegal, said in spite of being a good player, Ayew was not a striker who could be relied upon and, therefore, suggested that the team handlers consider Richard Boakye-Yiadom and Samuel Owusu for the striking roles and given more playing time.

Of concern also to the head coach of division one side, Asokwa Deportivo, was the national team's goalkeeping, lateral defence and midfielddepartments which he believes need reinforcement for the Nigeria clash.

“Our left back position is also a cause of worry, and against Nigeria, who have sharp wingers, there is the need for the coach to address that area holistically.

“We need reliable defenders at our laterals to hold the wings of Nigeria, and based on the output of the Black Stars in the AFCON. We need another look at our left-back and right-backs, so we need to do everything to convince Southampton centre-back, Mohammed Salisu, and

“Another weakness with the Black Stars is the goalkeeping department where Joseph Wollacott performed below average in the AFCON.

“His output in Cameroun showed that he has to give way to other goalkeepers, and it is Richard Attah of Hearts of Oak who readily comes to mind. If Razak Abalora is in form, he should also be invited to join Attah,” advised Coach Frimpong-Manso who previously managed the national under-17 team, Black Starlets.