Essien to meet GFA over return 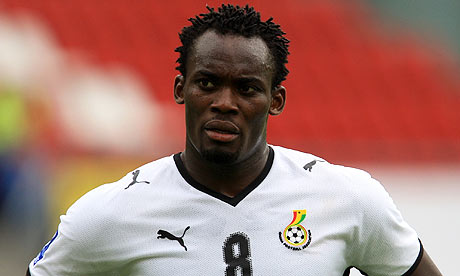 But he felt short of disclosing when he would meet with the FA to discuss what he described as “pertinent issues”.

The Ghanaian star, who was loaned to Real Madrid last season from London club Chelsea, spoke to the media when his charity foundation made a donation of GH¢80,000 to four charity organisations.

The 31-year-old midfielder was satisfied with the performance of Michael Essien Foundation, saying, “It is very difficult to look for money for the foundation, but with the support and prayers of all, we are able to achieve our goals”.

“We are certain about making an impact on the lives of the under-privileged,” she noted.

She expressed gratitude to all those who have supported the foundation and hoped it would touch as many lives as possible.

Two weeks ago the Chelsea star led some world-class footballers, including some retired legends, to play in an Africa XI vrs World XI charity match at the Accra sports stadium as part of fund-raising activities by his foundation.