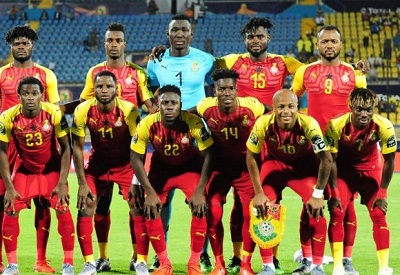 The Black Stars, the senior men's national team of Ghana have inched into the 50 highest ranked countries on the FIFA World Ranking for November after recording two victories during the month.

The Stars are now ranked 47th globally, up four places from their 51st ranking in October.

They defeated South Africa 2-0 and São Tomé and Principe 1-0 to move to the top of Group C in African Cup of Nations Qualifications.

The Black Stars are now the sixth-highest ranked country on the African continent behind Senegal (1), Tunisia (2), Nigeria(3), Algeria (4) and Morocco(5). 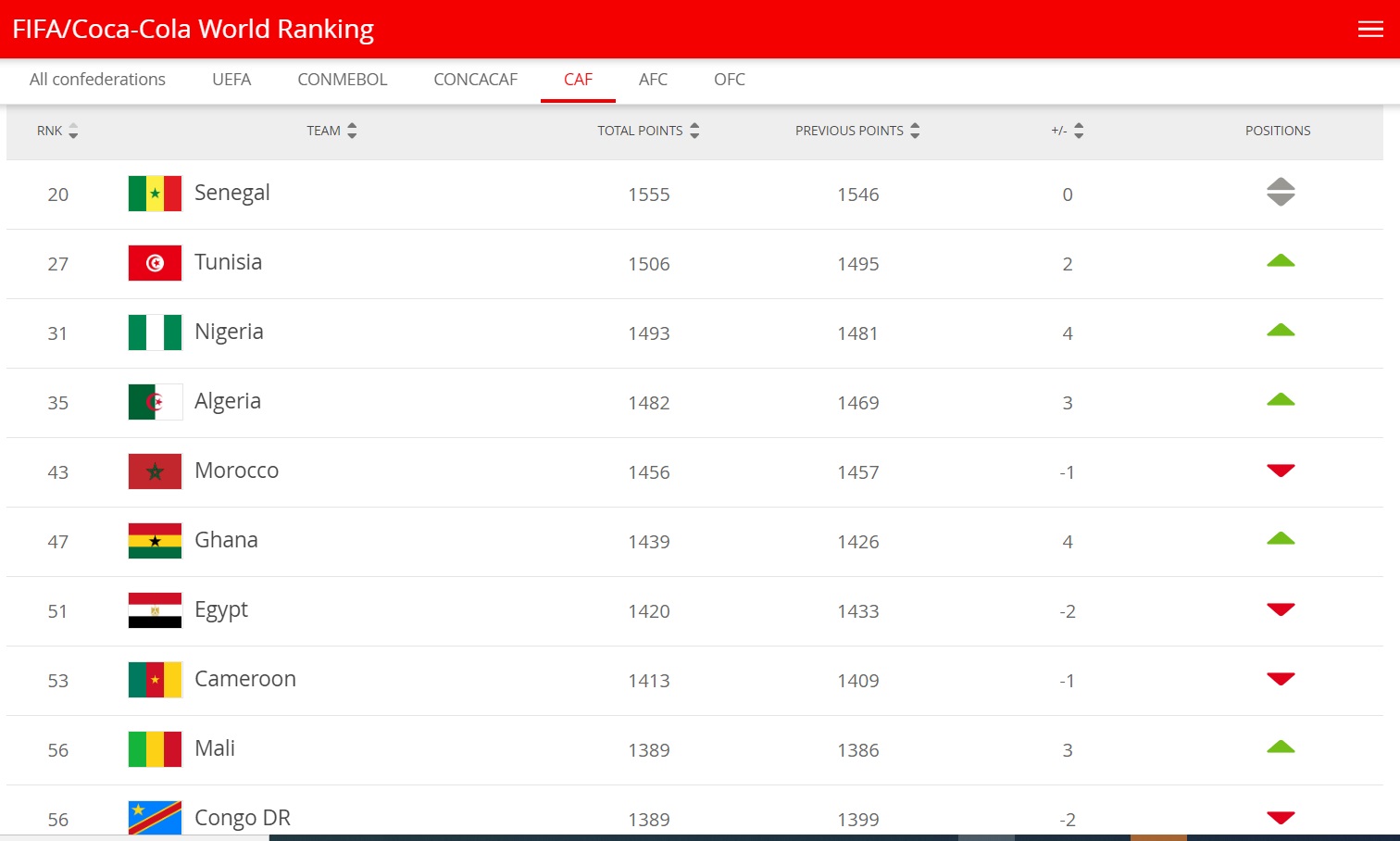 The top five remains unchanged and there is only one change in the top ten, with Croatia (6th, up 1) climbing for the second successive edition at the expense of Portugal (7th, down 1). There are, however, more significant changes further down the table, with Italy (13th, up 2), Poland (19th, up 2), Serbia (29th, up 4) and Nigeria (31st, up 4) pushing their way upwards.

Yet perhaps the most significant success story of this edition is Venezuela (25th, up 1). While their rise might be more modest than others, La Vinotinto – due largely to a recent friendly victory over Japan (28th, unchanged) – have now ascended to their highest position since the Ranking was introduced in 1993.

The next FIFA/Coca-Cola World Ranking will be published on 19 December 2019.