Black Stars get another cup of Milo? 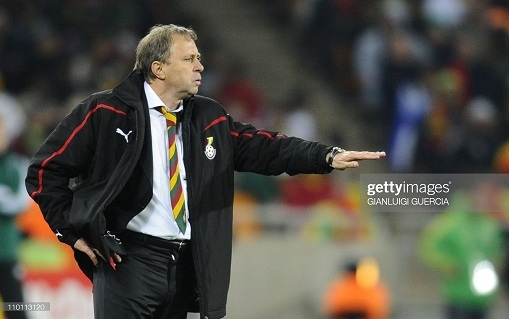 Barring an eleventh-hour change, the Ghana Football Association (GFA) is expected to unveil Milovan (Milo) Rajevac on Monday as the new head coach of the Black Stars.

The Graphic Sports gathers from reliable sources that the Serbian tactician is the preferred choice of the FA's three-member search team tasked by the GFA Executive Council to search for and recommend to replace Charles Kwablan Akonnor who was sacked last week alongside his assistants, David Duncan and the Dutchman, Patrick Greveraars, for the poor run of results.

The three-man team, comprising GFA Vice President, Mark Addo, Dr Randy Abbey and Alhaji Salifu Zida Shaibu, have presented their report pending the endorsement by members of the decision-making ExCo and the government, following which a contract will be signed and the coach unveiled to the media.

Insiders disclosed to the Graphic Sports that Rajevac's past record with Ghana gave him an advantage over other coaches the search-team headhunted and the unsolicited applications they perused.

Also, the choice of Rajevac sits well with the FA leadership who are desperate to get a top class coach whose wage demands fit into the government’s budget in order to revive Ghana's 2022 FIFA world Cup qualifying campaign which suffered a jolt after Ghana's 0-1 loss to South Africa two weeks ago.

Rajevac's return to Ghana after 11 years comes as little surprise, as his name gained grounds after the search team's 72-hour deadline elapsed to find a replacement for Akonnor.

During his two-year stint with Ghana between August 13, 2008 and November 9, 2010, the 67-year-old Serbian built a strong reputation as a tactician with good man-management skills. He led Ghana to the final of the 2009 Africa Nations Championship in Cote d'Ivoire, final of the 2010 Africa Cup of Nations in Angola, as well as guided the Black Stars to the quarter-final of the 2010 FIFA World Cup in South Africa.

Since leaving Ghana at the end of his contract, Rajevac has had a rather modest and unstable career handling Al-Ahli Saudi FC, Qatari national team, the Slovenian side, Rudar Velenje, Algeria national team and the Thailand national team between 2017 and 2019.

A GFA insider told the Graphic Sports that he was confident the GFA would manage to convince the government over the choice of the respected Serbian even though President Nana Addo Dankwa Akufo-Addo's preference is for a Ghanaian to lead the national team.

The choice of 46-year-old Addo as an assistant is also to satisfy the President's wishes as the GFA wants to groom him as a future Black Stars coach. He would be expected to play a similar role as Greveraars by keeping both his Dortmund job and working with Rajevac.

A fast rising coach responsible for grooming some of Europe's brightest young stars, Addo brings to the job a good understanding of European and Ghanaian culture to assist Rajevac to discharge his duties.

He made just 15 appearances for the Black Stars from 1999 to 2006, including featuring for Ghana at the 2006 FIFA World Cup in Germany.

Since 2017, he has been assistant coach of Dortmund, having previously worked as under-19 coach of the Danish side, FC Nordsjaelland, owned by Ghana-based Right to Dream Academy. He was also the assistant coach of Bundesliga SV Hamburg from 2009 to 2015.