Shafiu Mumuni passes medical ahead of US Monastir move 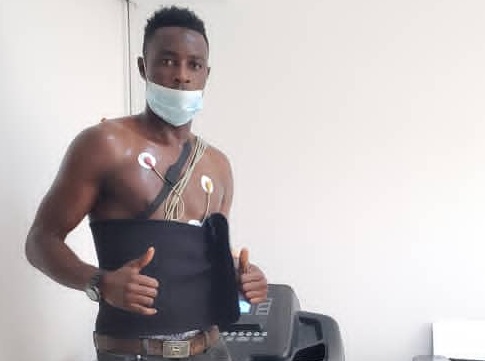 Former Ashantigold striker, Shafiu Mumuni, has passed his medical ahead of a two-year deal to Tunisian giants Union Sportive Monastir.

Shafiu arrived in Tunisia last Sunday to sign for the Tunisia FA Cup winners and is expected to put pen to paper as soon as possible.

The 25-year-old forward has been on the radar of several clubs including local giants Kumasi Asante Kotoko and Accra Hearts of Oak.

Shafiu saw deals to Romanian side CFR Cluj and Greek outfit Apollon Smirnis failed due to the coronavirus outbreak.

Locally, Kotoko failed to meet the demands of Shafiu which prompted Union Sportive Monastir to join the fray.

Should the deal be finalized, Shafiu will become the sixth signing at the high-flying club following acquisitions of Amer El Amrani, Youssef Al-Abdali, Roger Aholo, Khalifah and Al-Hadi Khalifah.

Shafiu rose to prominence at the 2019 WAFU Cup of Nations in Senegal, where he netted four times to finish as the tournament's top scorer, and also impressed in the CAF Confederation Cup last year.