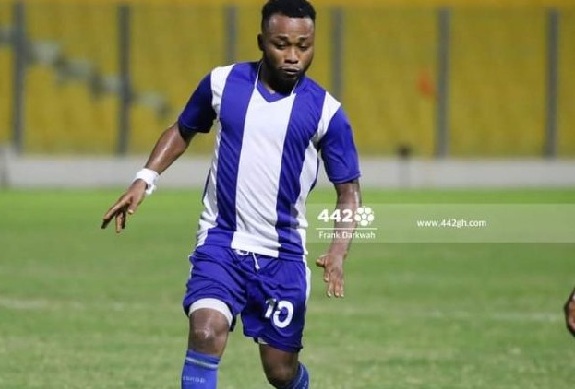 Premier League giants Hearts of Oak and Asante Kotoko are engaged in a tug of war over the signature of Olympics’ playmaker, Gladson Awako, ahead of the upcoming transfer window which opens on February 16.

So far, both Kotoko and Hearts have contacted the influential midfielder who has four classic goals to his credit this season.

According to Graphic Sports’ investigations, 30-year-old Awako is also on the radar of another topflight side, Medeama SC, who are ready to meet his demands and sign him on.

It is, however, expected to be a tough contest among the three top clubs who are all willing to go to any extent to get the former TP Mazembe star for the second round of the league.

A source close to the player told this paper that Awako was considering the options carefully and could make a move away from Olympics before the end of the ongoing season.

“He is being chased by Hearts and Kotoko who are both keen on meeting his demands,” the source hinted Graphic Sports.

“Medeama also contacted him but he is yet to take a decision on his future. It is possible he might join a new club in the second round,” the source said.

The Wonder Club will have to dig deep to keep their prized asset whose experience and impressive form propelled them to the top four bracket of the Ghana Premier League.

Coach Yaw Preko and his management have a huge task on hand to try and convince their inspirational captain to stay till the end of the season.

Olympics are expected to resist any attempt to lure Awako from their fold now since that can affect their chances of challenging for the league title or finishing among the top four clubs at the end of the season.