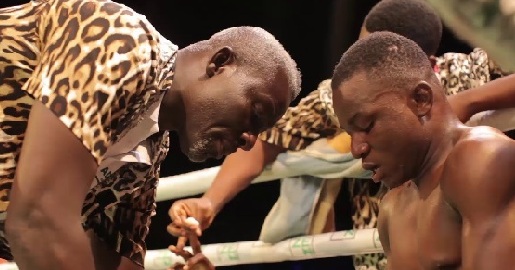 The veteran trainer and member of the Black Bombers training staff, therefore, appealed to the WBO to ignore Wasiru’s seventh position in the WBO super bantamweight ranking and match him up with the dreaded Navarrete for an epic fight.

“Wasiru is a knockout specialist, so is Navarrete, many boxing fans will love to see this bout and the WBO must make it happen,” he told the Graphic Sports in an interview in Accra.

Wasiru, 24, remains undefeated in 12 professional bouts and last fought and defeated Beninois Ghislain Zinsou Vodounhessi for the WBO Global super bantamweight title at the Bukom Arena on January 31, this year.

The emergence of the COVID-19 disease blighted the chances of the promising Ghanaian boxer, popularly referred to as ‘Gyatabi’, of fighting in Dubai for another title and a subsequent match-up against other opponents who are above his rank.

“Gyatabi is yearning to fight; he is eager to brawl and has become so dull. Inactivity is adversely affecting him, but he trains regularly,” Lartey, popularly called Coach Kwei, noted.

He pointed out that Gyatabi’s compatriots were all scared of him.

”Mention Prince Octopus Djanie, Emmanuel Quartey, and Isaac Sackey, they are all afraid,” he boasted.

Coach Kwei, however, challenged the local fighters to step out and face Gyatabi to settle old scores once and for all.