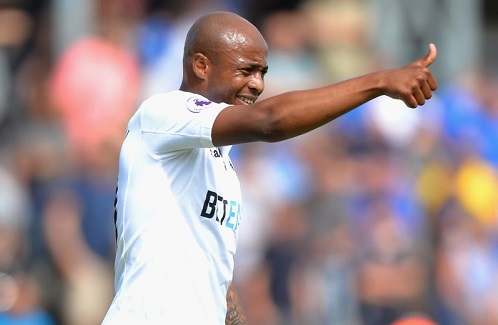 Swansea City winger, Andre Ayew played the entire duration of the game as his side beat Watford 2-1 in the English Championship on Saturday.

The Black Stars skipper who is the top scorer of the club with eight goals this season could not find himself on the score sheet despite coming close to scoring on two occasions.

The victory has moved the Swans to second position on the league table and if they maintained their position till the end of the season, they could gain promotion to the Premiership.

Watford’s Tom Cleverley put his side in front before Swansea canceled the lead through Jamal Lowe with his beautiful curling effort.