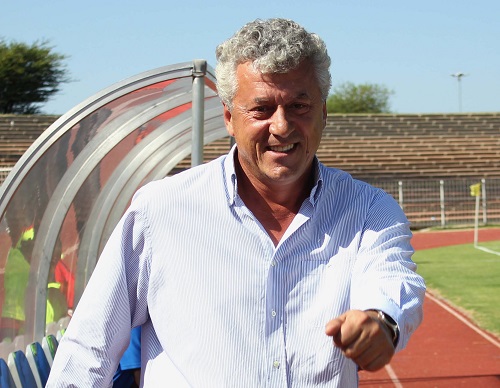 Accra Hearts of Oak coach, Kosta Papic, is confident their 6-1 victory over Bechem United during Saturday’s Premier League game at the Accra Sports Stadium will send a positive signal to management of the club to start believing in the players.

According to him the victory was also good for the players as it will help boost their morale but warned that it would be meaningless if it does not translate into more victories in their subsequent games.

Speaking during the post-match interview, the Serbian tactician indicated that he was happy for his side to have scored six goals past the league leaders in order to inch closer to the top of the league log.

Despite the heavy win, Papic expressed his disappointment in the tactical discipline of the players and blamed them for their conversion rate due to their inability to create and convert chances.

“We are still struggling tactically and technically to do something that is very important to us; that is to create more chances and score more goals. We used the advantage that we had and tactically we prepared for the second half.”

Papic maintained that his duty was to psyche the players about the possibility of scoring against their opponent insisting that he would be monitoring how many goals his players would be scoring in the coming weeks.

“Papic is not going to produce anything, players are going to produce the chances and score goals. My duty is to make them feel that it is possible and to try to score more goals than the opponent. Today, we scored six. We will see how many we are going to score the next week and the next week. We would try to score if the chance is there but if we are not trying then we are never going to score.”