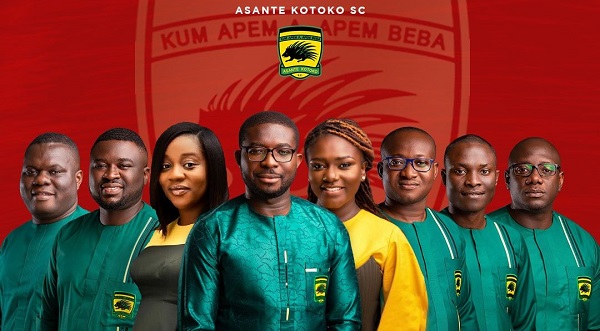 The Chief Executive Officer of Asante Kotoko, Nana Yaw Amponsah, has given indication that the club would downsize their playing body from the current 38 to 30 players.

He said the objective was to have a maximum of 28 players to give the technical handlers, especially the head coach, the chance to organise effective training and also to ensure the players were well paid.

Speaking to the media in Kumasi on Tuesday to unveil his management team, the Kotoko CEO said, having a smaller squad would enable the management to adequately cater to the players and pay them the right salaries.

He added that Kotoko needed to develop a strong youth or academy side capable of feeding the senior team with good players.

Besides that, he said most foreign clubs were interested in good young players and having a good youth team would not only feed the senior team, but also serve as a source of funding for the main club.

He asked the club's supporters to exercise patience as the management and technical handlers put the team into shape for sustained success, since building a strong team required time and effort.

Nana Yaw Amponsah promised that Kotoko would soon have a modern training facility at their Adako-Jachie grounds. The facility, he noted, would be ready for use by the team in the next three months.

He revealed that Kotoko had secured almost four sponsorship deals to be announced later, and indicated that the package was bigger than anything the club has procured in the past.