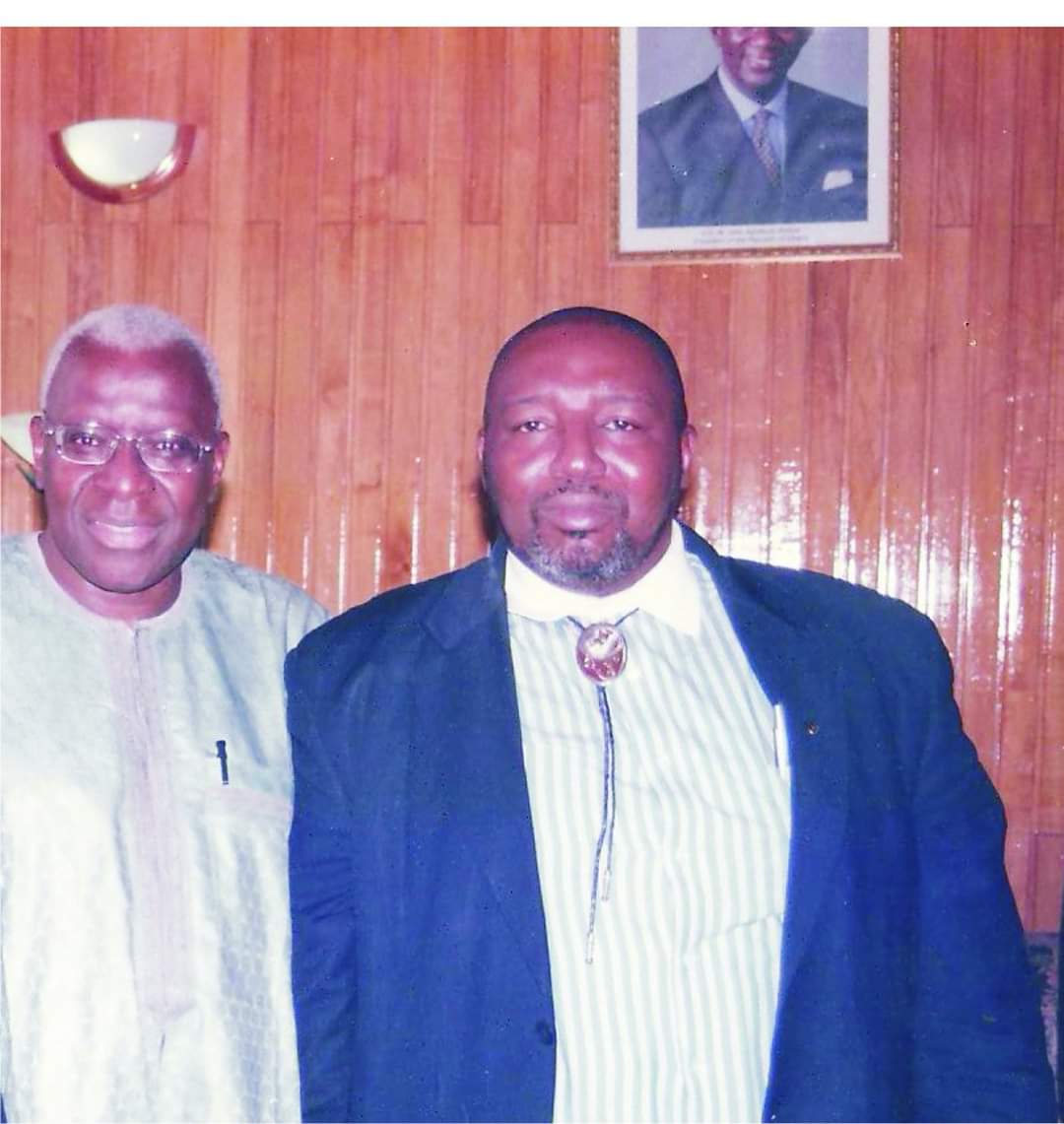 Ambassador Lutterodt (right) wirth the late Lamine Diack in 2004 during his visit to Ghana
30.5k Shares

George Haldane Lutterodt a former chairman of the Ghana Athletics Association has paid tribute to the late Lamine Diack, President of the IAAF(Now World Athletics)
Mr Diack passed away in Dakar, Senegal on December 4 after a short illness. He was 88.

"He was the first African to head the IAAF and would be remembered in Africa for the tremendous help and assistance he gave to the African Athletics federation giving them a powerful voice in world Athletics" Ambassador Lutterodt told the GraphicSportsOnline.

He recalled the special affection the late Diack had for Ghana and the Ghanaian athletes in those days and was adamant that the elite athletes we had in those were absolutely vital to the success of the IAAF world champions.

"He was indeed very fond of Margaret Simpson who was the then African champion and record holder in the heptathlon, and a bronze medalist in the world championships in Helsinki, Finland whom he described as one of Africas greatest female athletes of all time," Ambassador Lutterodt stated.

"He will be fondly remembered here in Africa and may his soul rest in peace." he added.