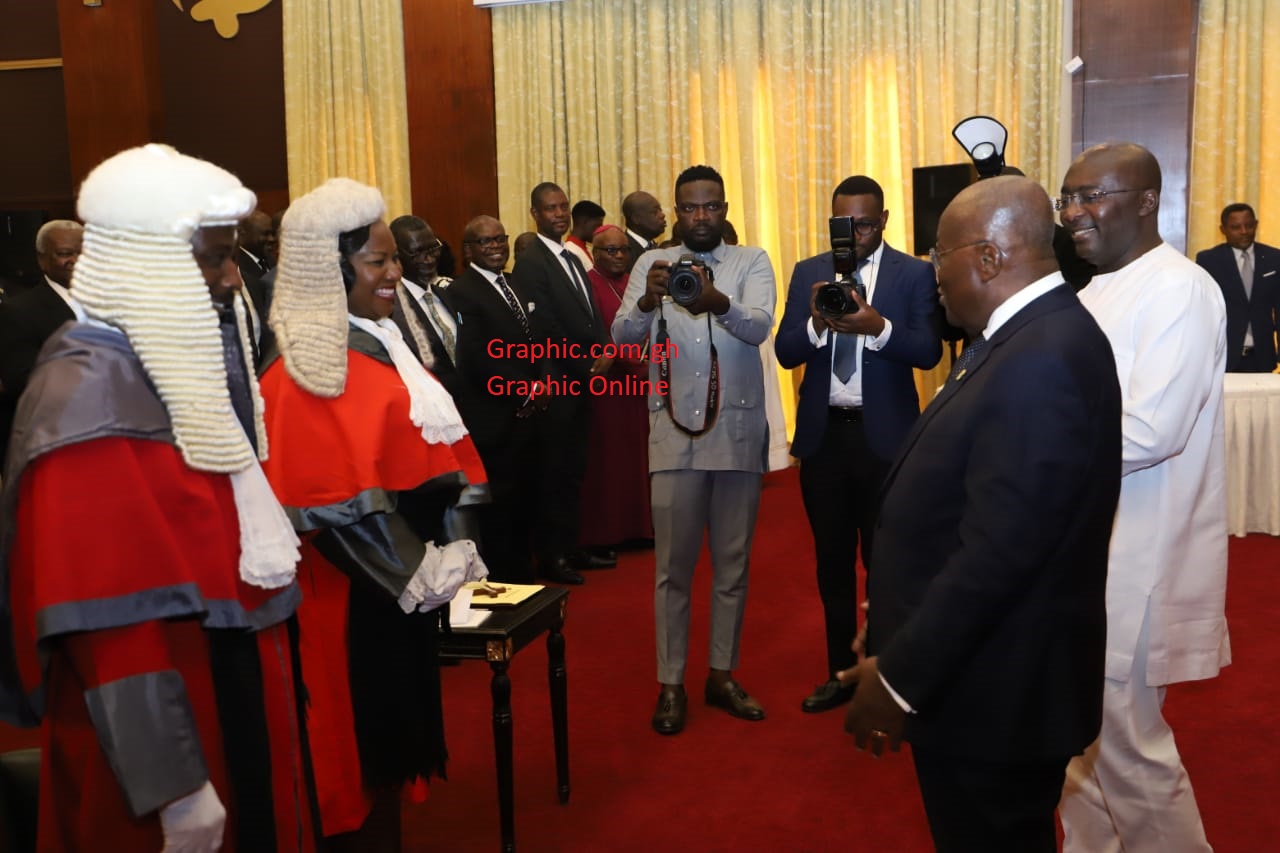 Justices of the Supreme Court must be learned, know their case laws and ensure that their decisions and judgments are properly motivated to contribute to the orderly development of the nation, President Nana Addo Dankwa Akufo-Addo has stated.

He said as the policy court where far-reaching decisions on socio-economic development were fashioned in response to the exigencies of the time, perspective of the judges of the Supreme Court were critical for national development, especially in these challenging times.

President Akufo-Addo stated this when he swore into office, Justice Barbara Frances Ackah-Yensu and Justice Samuel Kwame Adibu Asiedu as justices of the Supreme Court at the Jubilee House in Accra on Wednesday (December 28, 2022). 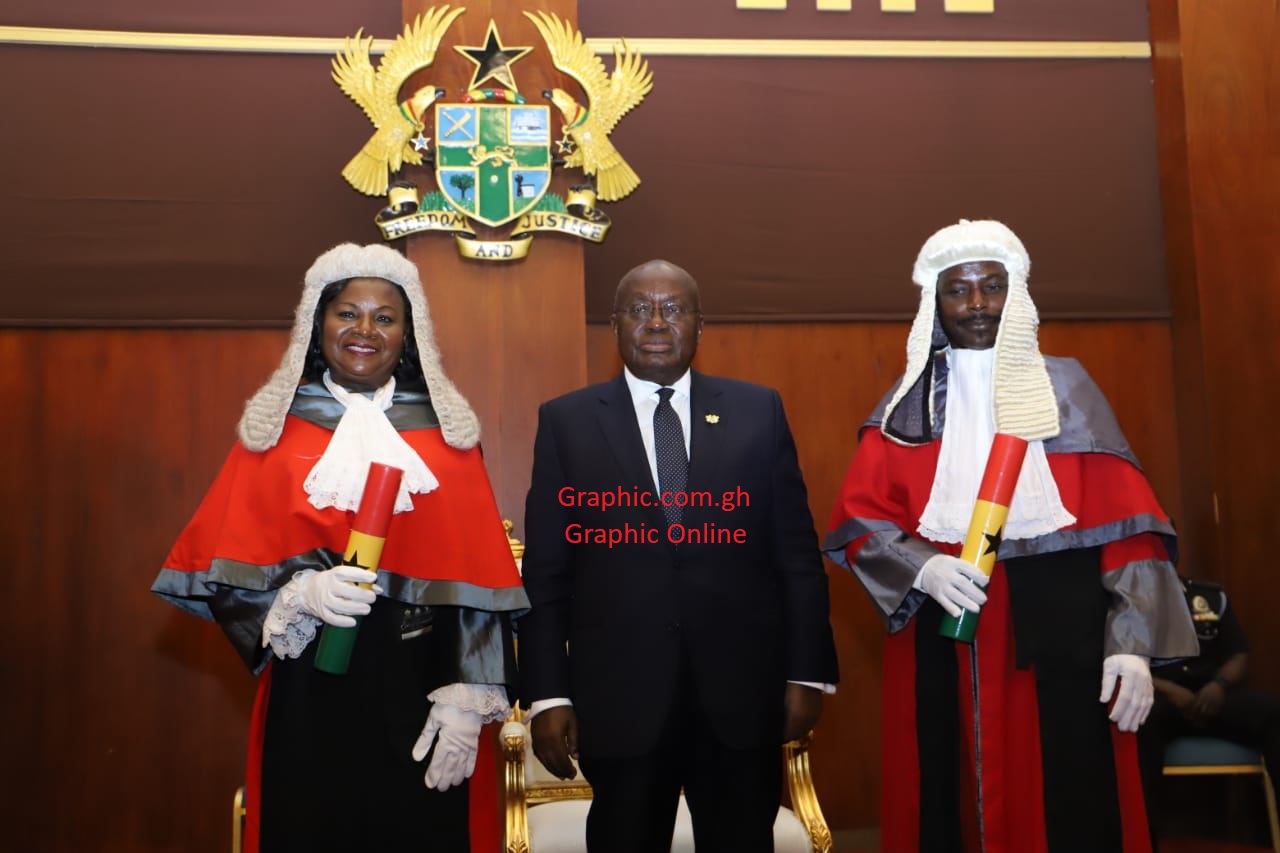 The President noted that in the situations where judges proffer judgments on the basis of decisions of lower courts and cite them as law was not acceptable and even lesser when a judge cite no authority at all for their rulings and gave orders without reasons.

He charged the two judges to the apex court to note that it was extremely important to bear in mind that the growth of the nation demanded a judiciary that commanded the respect of the people by the quality of the delivery of justice as well as by the comportment of its judges.

“Applications of the law must take place without fear or favour affection or ill-will and therefore without recourse to the political, religious or ethnic affiliations of any citizen of the land of any person before you,” he added.

President Akufo-Addo noted that as expressed in the constitution, the Supreme Court, the nation's court of last resort was not bound to follow decisions of any other court including its own and shall have all the powers of authority and jurisdiction vested in any Court established by the Constitution or any other law.

He said with all other courts bound to follow the decisions of the Supreme court in questions of law, it was critical that the justices of the supreme court possessed a sound knowledge of the law of precedent, which was the bedrock for the evolution of common law. 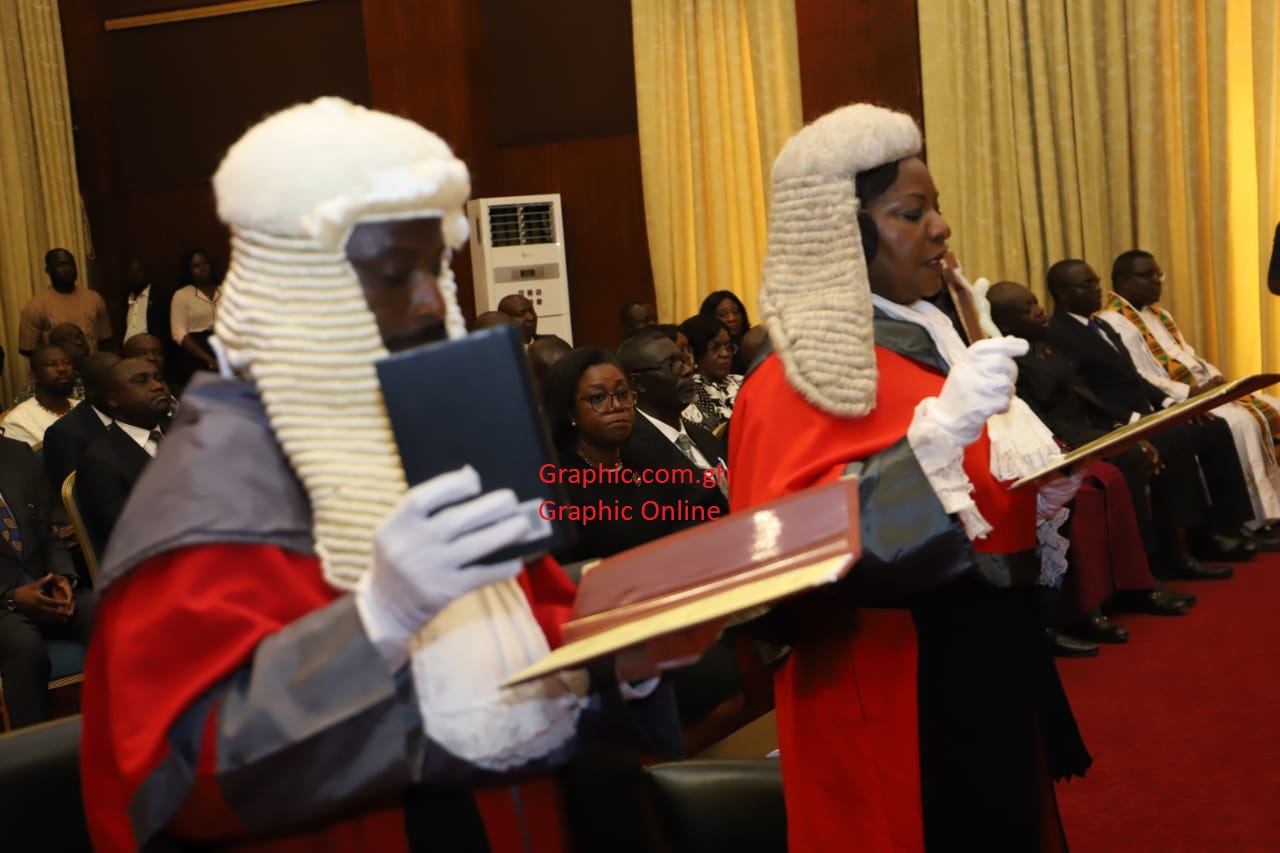 Justice Ackah-Yensu said it was both a privilege and humbling opportunity for the two of them to be nominated among many other persons and approved to serve as Supreme Court and noted the enormity of the task was not lost of them.

She said it was for that reason that they give God all the glory and thanked all who have made the elevation possible and assured the people of Ghana that “we shall keep faith and keep the fidelity to the constitution and shall remain committed to our judicial oaths. God being our helper.”