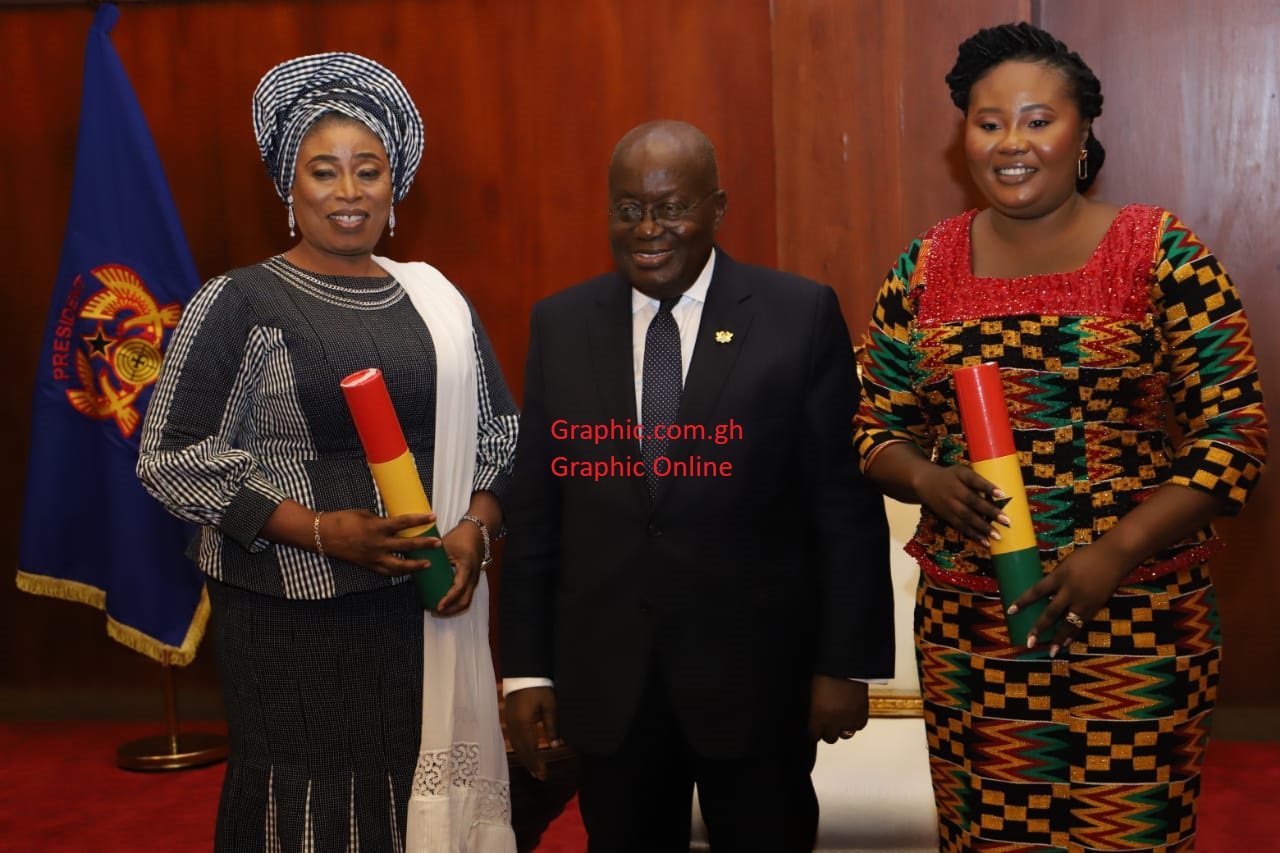 Lariba Zuweura Abudu and Francisca Oteng Mensah have been sworn into office as Minister and Deputy Minister in charge of the Gender, Children and Social Protection Ministry.
30.5k Shares

Lariba Zuweira Abudu and Francisca Oteng Mensah have been sworn into office as Minister and Deputy Minister in charge of the Gender, Children and Social Protection Ministry.

President Nana Addo Dankwa Akufo-Addo on Wednesday (December 28, 2022) swore them into office at the Jubilee House after Parliament last week approved their appointment.

The President charged them to work hard to justify their selection, especially as there were many of their peers in Parliament who have not been selected, despite having similar claims of competence as they do.

He noted that the quality and integrity which should permeate their work were extremely important and that they should bear in mind their solemn commitment to serve Ghanaians honestly and competently.

President Akufo-Addo on July 28, 2022, revoked the appointment of Sarah Adwoa Safo as the Minister for the sector at a time Parliament was debating her continuous stay in the House after absenting herself from Parliament for more than 15 sitting days without permission from the Speaker. 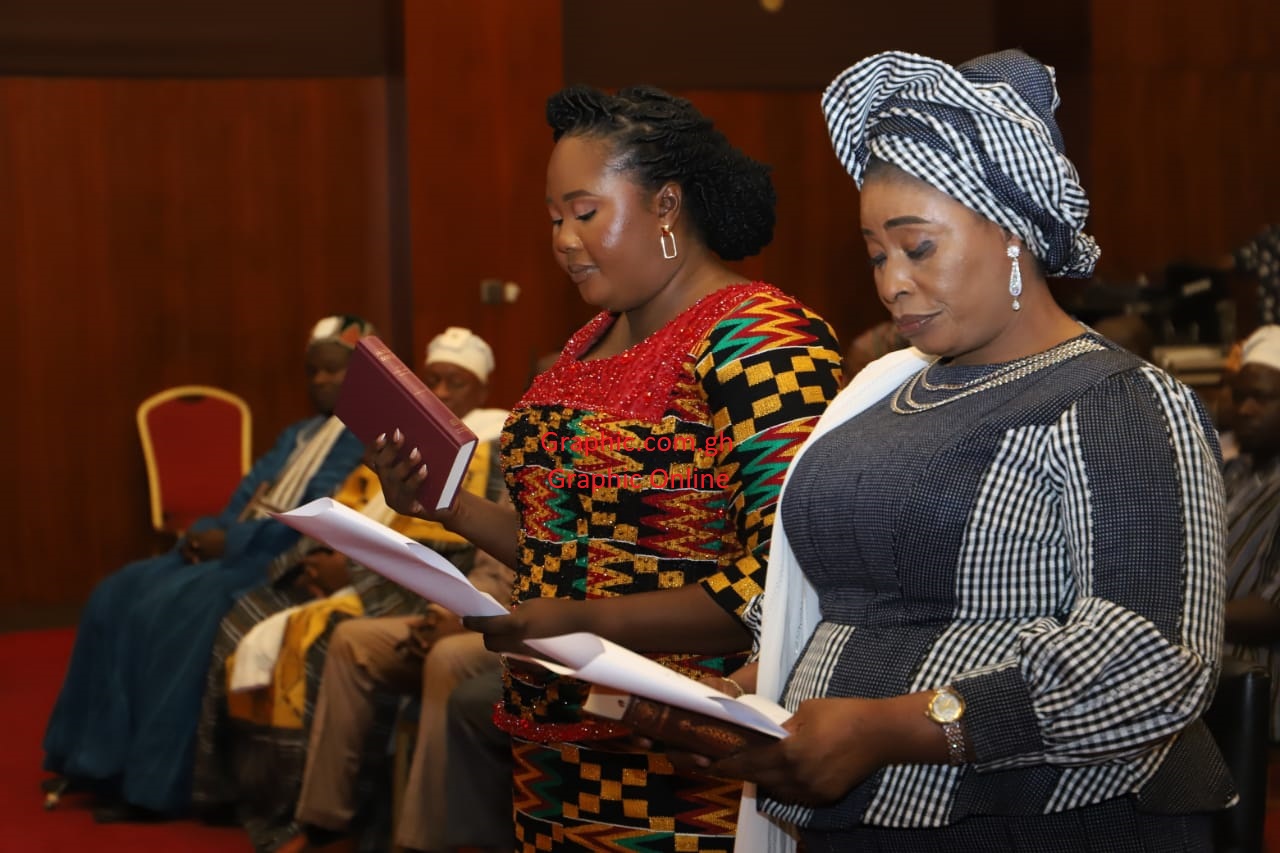 After delivering the oath of office and secrecy and presenting the two with the scroll of office, President Akufo-Addo reminded them to declare their assets and file it promptly and remain above reproach in their public dealings because their collective conduct as executive would determine the fate and fortunes of their party in the current and succeeding decades.

“An opportunity is being afforded to you to serve your country in an elevated capacity, seize the opportunity with humility,” he added.

Ms Lariba Zuweira Abudu is the MP for Walewale while her Deputy also represent the people of Kwabre East.

President Akufo-Addo advised them to learn how to balance effectively their twin responsibilities as Members of Parliament and as members of government.

He asked the minister and his deputy to bear in mind the new arrangements for the conduct of parliamentary business; time for sitting and the provision of decision days that have been engineered to facilitate their work in the executive.

He cautioned that there could be no excuse for neglecting their daily parliamentary obligations. 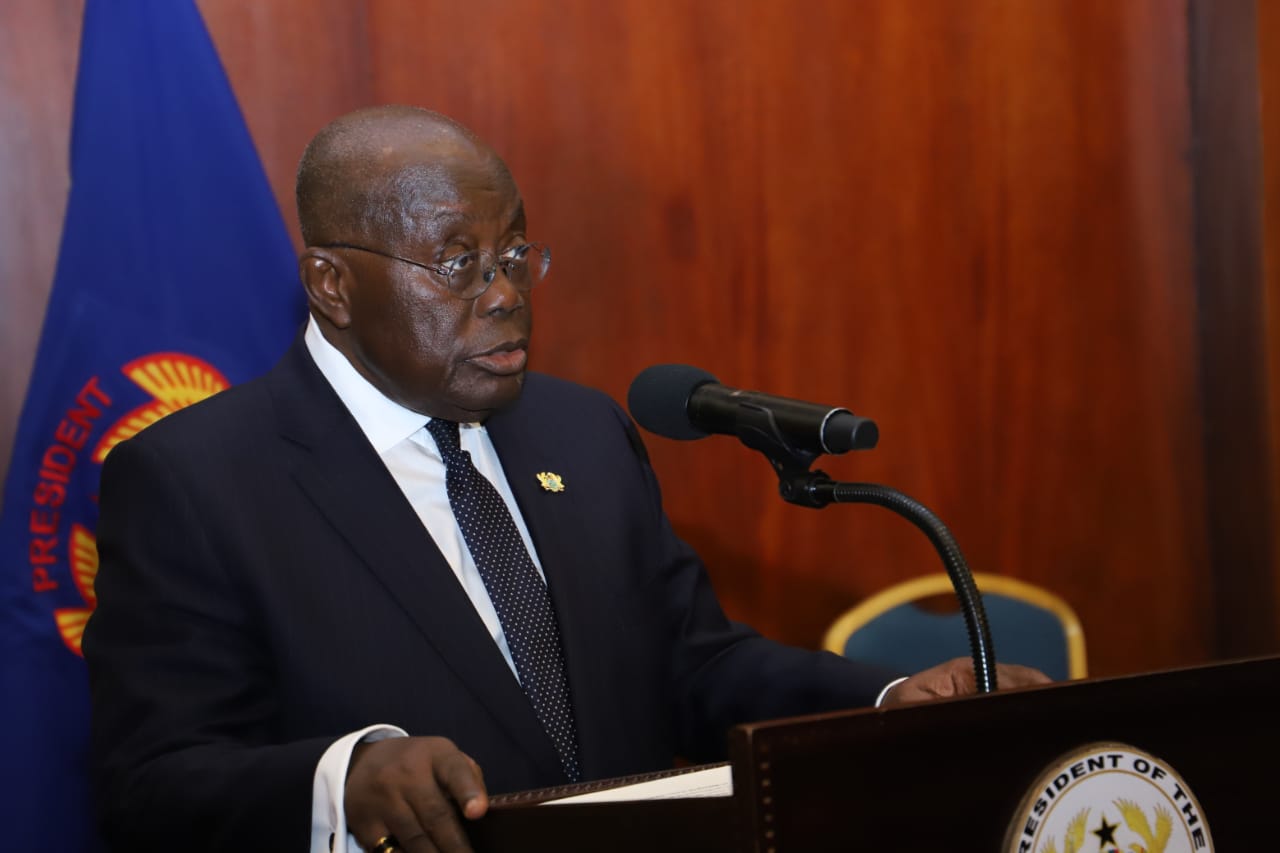 He explained that her basic responsibility was to assist the minister in the performance of her functions, explaining that loyalty to the Minister was the fundamental premise for the success of her work.

“I will not countenance any acts of the disloyalty or subversion of your minister. For I will take such acts as disloyalty to me personally and by inference disloyalty to the state and party,” he cautioned.

President Akufo-Addo stated that any deputy minister who believed that the route to advancements lied in the ability to subvert and undermine their ministers would be sadly mistaken, because they would not profit from that conduct and on the contrary they were likely to forfeit their office.

“I want you to work with your minister in all sincerity and transparency that is the best guarantee of your individual success and of our Collective success,” he added.

Speaking on behalf of the two, Ms Abudu thanked the President for the honour and the confidence reposed in them by such appointments and pledged to work to serve the people of Ghana.

She said they would collaborate with stakeholders in the sector and government for the attainment of the vision and policies of the government.