Speaker calls for dialogue on capping of Supreme Court Judges 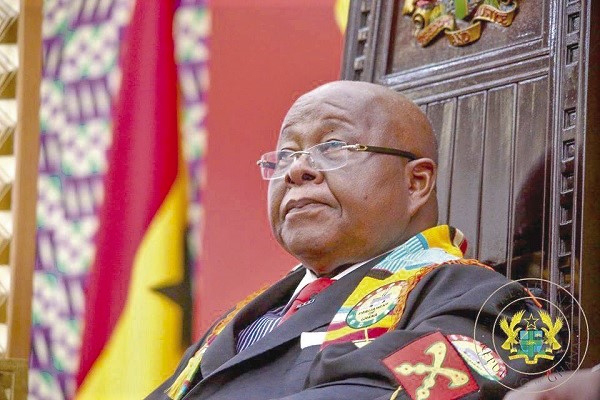 The Speaker of Parliament, Professor Aaron Mike Oquaye, has called for a national conversation on whether the appointment of judges to the Supreme Court (SC ) should be capped.

“I think that the House and Ghanaians should consider and decide on the matter very carefully, otherwise we will always be asking judges on issues which they cannot make specific pronouncement, especially, when they are seeking approval to the Supreme Court. This is the dilemma of our situation,” he said.

Prof. Oquaye, who made the call after announcing the approval of the nomination of the four justices to the Supreme Court last Wednesday, added that “the capping position of the Supreme Court in the United States should not be compared with Ghana’s position at all, and for very good reasons.”

During the vetting of the nominees on May 11, 2020, Appointments Committee members often sought the personal opinions of the nominees, especially Justice Honyenuga and Mr Kulendi, who espoused contrasting views on the capping of justices at the SC.

While Justice Honyenuga proposed that judges at the SC be capped at 17 to ensure expeditious adjudication of cases, Mr Kulendi said he was a proponent of having an open ceiling of SC judges on the grounds that the constitution must be allowed structural flexibility and be forward-looking to enable it to respond to future needs of the people.

However, both agreed that there were cases that went before the Supreme Court and some of the justices had to recuse themselves to avoid conflict of interest, thus, causing delays to the hearing of those cases.

They also agreed that having more judges at the Supreme Court would assist the Chief Justice to empanel sufficient judges to hear cases without delays.

Prof. Oquaye said unlike the United States of America where the SC sat only as one court and heard only constitutional matters, the constitution of Ghana, under Article 131 (1) (a), allowed the right to appeal in all matters, be it civil or criminal.

Besides, he said the Supreme Court in Ghana had different groups of judges that heard different cases at the same time.

“This is because of the constitutional compulsion and the rights granted everybody to appeal and, therefore, I can see that something may have to be done to this before we come to cap or not to cap,” the Speaker added.

He, however, said Ghana adopted the America style of Supreme Court, but went ahead “over their own application” in hearing of cases in the country.