Parties agreed at IPAC to use Ghana Card - GCPP 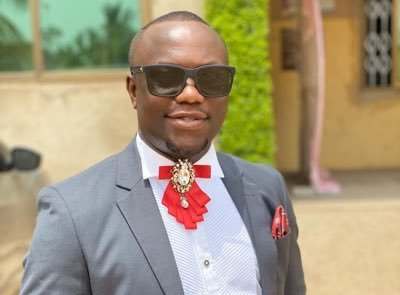 The General Secretary of the Great Consolidated Popular Party (GCPP), Citizen Ato Dadzie, has stated that the Inter Party Advisory Committee (IPAC) agreed with the Electoral Commission (EC) on the use of Ghana Card for the continuous registration.

This, he said, was because it was the best form of identification of a Ghanaian by law and the correct base document for one to get their names on the electoral roll.

Speaking to the Daily Graphic in Accra, Mr Dadzie, who is a member of the Committee of political parties put together by the EC to work on the Legislative Instrument, said the Ghana Card was agreed on after exhaustive deliberations.

Mr Dadzie said at IPAC, political parties were given copies of the CI to study because the EC wanted to commence continuous registration, where qualified Ghanaians who attained age 18 years or for some reason had not been able to register to have the opportunity to do so.

He said the parties submitted their feedback and on March 16, 2022, a committee with one member each from the National Democratic Congress (NDC) and the New Patriotic Party (NPP) and three members from the remaining parties were formed.

Mr Dadzie said at the meeting, concerns were raised about the use of Ghana Card but after deliberations it was agreed that the Ghana Card was the best option and at the June 1, 2022 meeting, they finalised work on the new CI.

He said it was now incumbent on the government to ensure that the National Identification Authority (NIA) was provided with the adequate resources and support to provide all Ghanaians, especially those who have attained age 18 and did not have the card, to have it and register as voters.

“If the EC could use 88 days to register over 17 million voters in 2020, it was unfathomable that the NIA, after all these years, has not been able to provide every Ghanaian with a card. They should speed up work and get this done”, he urged.

Mr Dadzie said it was for that reason that after several deliberations at the IPAC with the EC it was concluded by stakeholders that the Ghana Card should be the source document for continuous registration.

He said any political party seeking to govern the country but did not believe in the use of verifiable identification system such as the Ghana Card was not worth the mandate of the people because the current global trend favour such identification.

He noted that the issuance of the Ghana Card was a huge boost in the country’s attempt to have a database of all its citizens from day zero upwards, a system that would deal with problems such as minors, non-Ghanaians and double registration.