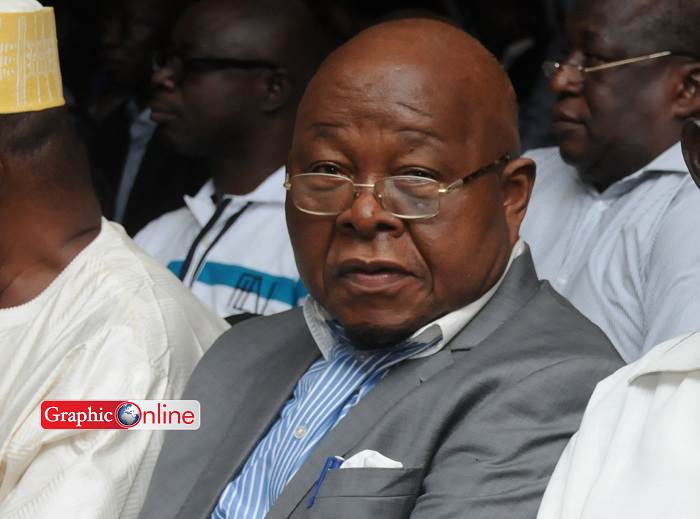 More than 200 parliamentarians met in Koforidua in the Eastern Region over the weekend to discuss the 2018 Budget and Policy Statement presented to Parliament last Wednesday.

The post-budget workshop was for the parliamentarians to interrogate and scrutinise provisions in the budget presented by the Finance Minister, Mr Ken Ofori-Atta.

They were joined by some staff of the Parliamentary Service, directors of the Ministry of Finance and resource persons, including economists, who took the participants through various presentations.

Outlining the basis for the meeting, the Speaker of Parliament, Professor Mike Aaron Oquaye, said the three-day meeting was to provide the platform for the exchange of ideas regarding the 2018 Budget and give the participants the opportunity to raise critical issues that might affect the implementation of the budget.

He advised the parliamentarians to concentrate on their areas of expertise to enrich the budget.

The Majority Leader and Minister of Parliamentary Affairs, Mr Osei Kyei-Mensah-Bonsu, in a remark, said budgets were necessary because they ensured the equitable distribution of resources to various groups and sectors of the economy.

"It is a way that the government uses to meet the aspirations and concerns of the citizenry, hence the sole responsibility of we parliamentarians is to ensure that the content of the budget translates into the lives of our constituents,” he stressed.

The Minority Leader, Mr Haruna Iddrisu, commended the organisers for inviting all parliamentarians and not a selected few, adding that his colleagues were unanimous in their belief that post-budget analyses be made part of the calendar of the House.

He, however, raised concerns over the government’s projection to employ 100,000 youth and questioned if it would not have a negative toll on its expenditure, in view of the already huge number of public sector workers.

For his part, Mr Ofori-Atta said the 3.6 per cent rate of borrowing over the years was affecting the economy and urged parliamentarians to come together and tackle that challenge to move the economy forward.