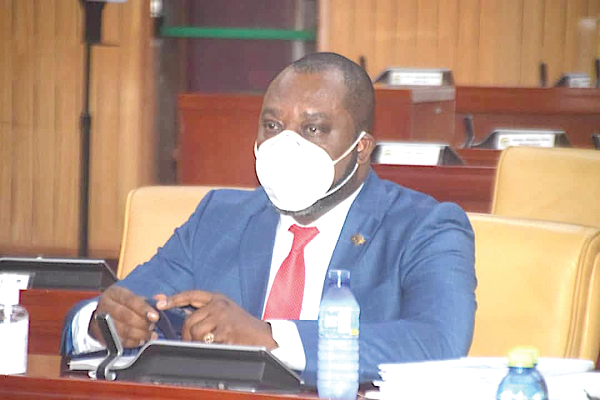 The Minister designate for Energy has apologised and retracted an allegation he made against former President John Dramani Mahama that he bussed students and parents to the Black Star Square on September 17, 2017 to cause confusion during the Computerised School Selection and Placement System (CSSPS) for students.

The nominee, Dr Matthew Opoku Prempeh, told the Appointments Committee of Parliament that he did not have any evidence to prove the allegation that Mr Mahama gave GH¢20 and GH¢50 to some students and parents to go to the square to stage fainting spells and collapse just to make the government unpopular.

“Yes, I said those words but I do not have any evidence. I regret and I apologise,” he stated when he appeared for his vetting hearing before the committee last Friday.

Dr Opoku Prempeh made the apology and retraction after a member of the committee, the Member of Parliament for North Tongu, Mr Samuel Okudzeto Ablakwa, had raised concerns about the temperament and public pronouncements by the former Minister of Education.

The Ministry of Education had set up a centre at the Black Star Square for officials from the ministry to attend to parents and guardians whose children and wards could not get placement into various senior high schools (SHS) in September 2017.

The nominee had said on an Accra-based radio station, Asempa FM, that former President Mahama bussed people to the Black Star Square to create confusion and give the ruling New Patriotic Party (NPP) government a bad name.

“I can tell you for sure that it was John Mahama who bused people to come and create confusion to give the government a bad name”, Mr Ablakwa quoted the nominee as saying.

The Chairman of the committee, Mr Joseph Osei-Owusu, who is also the First Deputy Speaker of Parliament, did not take kindly to the response by the nominee, telling him that he could not bring the former President before the committee.

He, therefore, directed the appointee, who is the MP for Manhyia South, to answer the question.

Answering, the appointee told the committee he did not have any evidence to prove that the former President did what he accused him of.

Soon after he had rendered the apology, Mr Ablakwa again made reference to a November 14, 2017 publication in the Daily Graphic with the headline “Prof. Naana Jane Opoku Agyemang was a disgrace as minister” which he attributed it to the nominee.

He accused him of using what he described as “unprintable and uncharitable words” against the former Minister of Education, Professor Naana Jane Opoku-Agyemang.