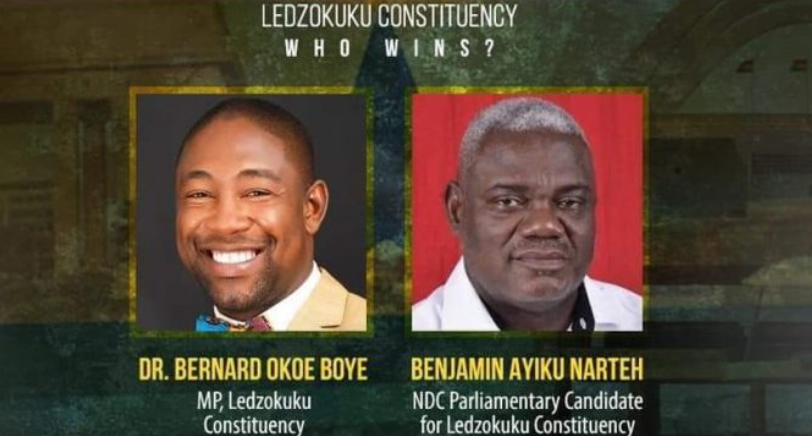 Supporters of both the New Patriotic Party (NPP) and National Democratic Congress (NDC) parliamentary candidates in the Ledzokuku constituency have taken over the streets of Teshie in jubilation, as both sides have claimed to be winning the swing seat.

The NDC’s Benjamin Ayiku, a businessman, is challenging the incumbent MP, Dr Bernard Okoe Boye of the NPP, who is also a Deputy Minister of Health.

Even though ballot boxes from the various polling stations are still arriving, sympathisers of both parties are confident their candidates are winning Ledzokuku which is yet to be retained by any MP since 1996.

Unlike other constituencies, no candidate has gone beyond one term, except for the NDC's Nii Adjei Boye Sekan, who won it in 1992 and 1996. The Ledzokuku seat has since swung between the NDC and NPP with the former winning it the most.

As constituents await a final declaration from the Municipal Electoral Officer, everyone is eager to know whether history will be made with a win for Dr Okoe Boye or the trend will continue.