Irregularities at Asawase: EC explains how man who attempted to slip 'foreign' ballot papers into box was arrested 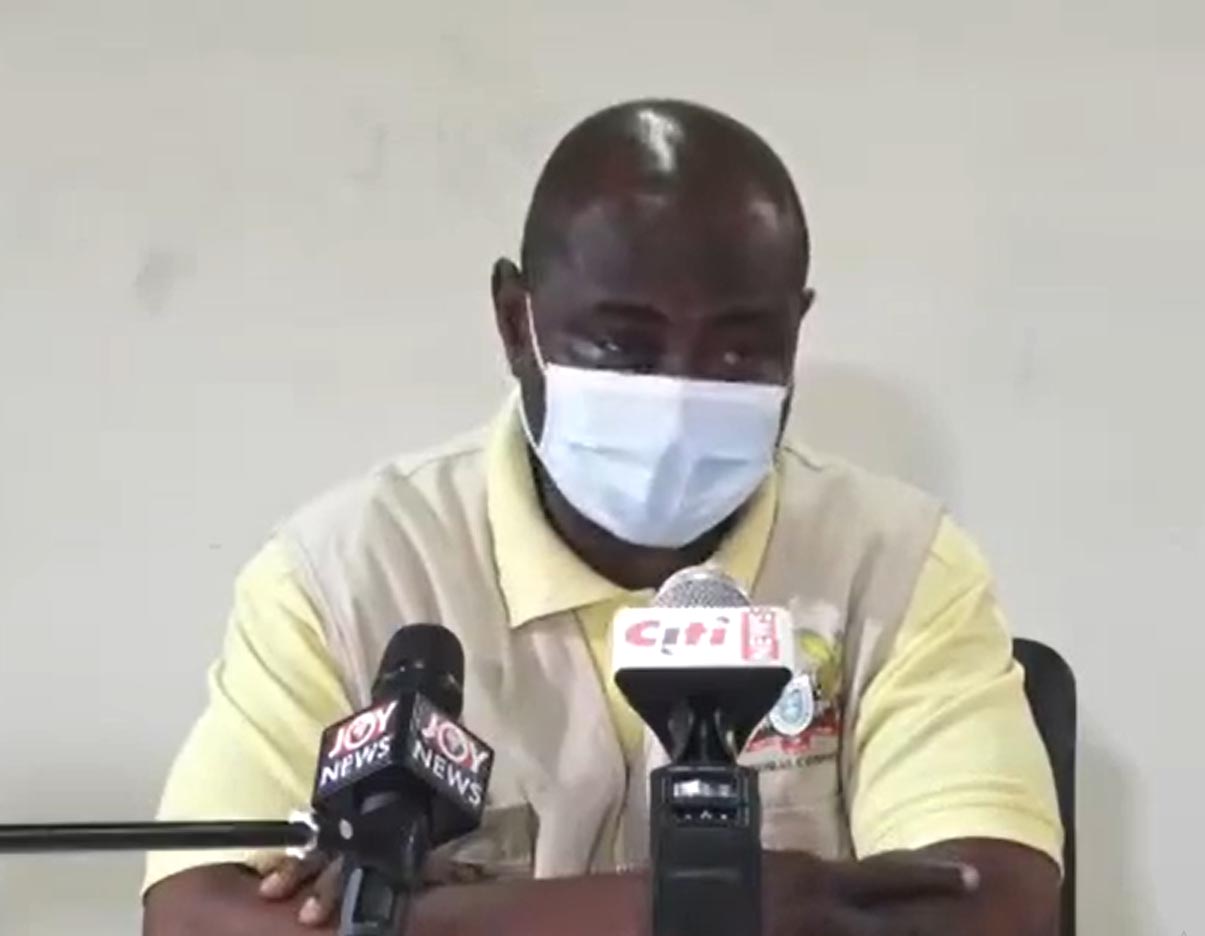 The Electoral Commission (EC) has explained how a voter who attempted to slip a “foreign material” into the Parliamentary ballot box at a polling station in the Asawase constituency in Kumasi in the Ashanti Region was arrested during Monday's voting process.

It happened at the Baba Lati A New Zongo polling station in the Asawase constituency and the suspect, named as Sharif Abubakar has since been arrested.

The Ashanti Regional Director of the EC, Mr Benjamin Bannor Bio at a press conference Monday evening said the culprit was arrested through the vigilance of the people at the polling station.

The EC found five ballot papers on him, which he attempted to slip into the Parliamentary ballot box.

The EC later identified all five ballot papers as fake, which did not have unique serial numbers, a watermark and the appropriate validation stamp at the back.

Explaining how Abubakar was arrested, Mr Bio said when he arrived at the polling station, his demeanor gave him out and so an agent, mnalerted the presiding officer

Mr Bio said the EC suspects that the culprit and his cohorts wanted to slip it into the box in an attempt to discredit the EC processes.

“We took interest in the statement by the Honourable Member of Parliament for Asawase, Muntaka, and so we made a follow up because the Commission has determined to ensure a flaw free election and so therefore we decided to go on it to find out the nature of the ballot papers, and to determine whether that ballot papers came from the Electoral Commission.”

“When we got the ballot papers, we realised that those ballot papers that were found on that voter were not that of the Electoral Commission. It was something that somebody might have printed to use it to discredit the process,” Mr Bio said.

He said the EC determined that the ballot papers, a copy of which he showed at the press conference, monitored by Graphic Online was “so light" in texture and faint,” it did not bear a unique serial number, the colours on it were also "so faint" as well as the validation stamp at the back which was oval in shape different from the EC's round shape.

Mr Bio said the EC’s systems are very transparent and very verifiable and has an inbuilt integrity and that was why the person was detected and arrested.

He called for a continued trust for the EC’s process since the EC was determined to ensure that the results declared reflects the true reflection of the wishes of the people.

He reiterated that he has already met with the MP for Asawase area, Mohammed Mubarak Muntaka in his office and he [Muntaka] has attested to the fact that the said ballot papers were not from the EC.