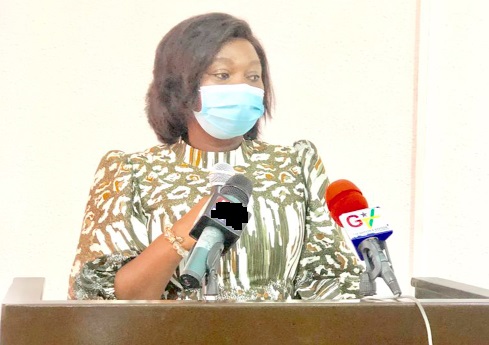 The Central Regional Minister, Mrs Justina Marigold Assan, last Wednesday threatened to take action against political heads and heads of decentralised institutions in the region who continue to report to official engagements late.

She bemoaned the gross lateness and absenteeism on the part of heads of decentralised institutions and players in the local government as it was a setback to progress and development.

She stated that when 15 Metropolitan, Municipal and District Chief Executives (MMDCES) in the region turned up late to their swearing in ceremony last Wednesday.

Although she had sworn in the seven MMDCEs present, she later swore in the 15 others to enable the Regional Coordinating Council form a quorum for effective business of the region.

Mrs Assan indicated that lateness on the part of duty bearers affected deliberations and other relevant activities in the region.

“Lateness is a national canker and must not be tolerated by anyone. I will urge you all to take your time seriously to help the region forge ahead and progress in unity,” she stated.

She admonished them to effectively manage resources entrusted into their care to execute their mandate guided by the rules, regulations and procedures of the Local Government Act 2016 (Act 936).

She further encouraged them to ensure equitable distribution of developmental projects in all electoral areas devoid of political biases for the total development of the assembly.

“You have a charge to keep and you must endeavour to work with zeal and passion to ensure that resources entrusted into your care are well managed to serve all manner of persons in your assembly devoid of political biases,” she stated.

He said the command had increased police visibility in key areas with men on full patrol to ward off criminals.

“We have currently put in place measures to clamp down on crime related activities in the region and we are also trying our best to ensure that the peace we enjoy in the region is sustained,” he said.

He said most of the people who were actively engaged in such crimes were foreigners.