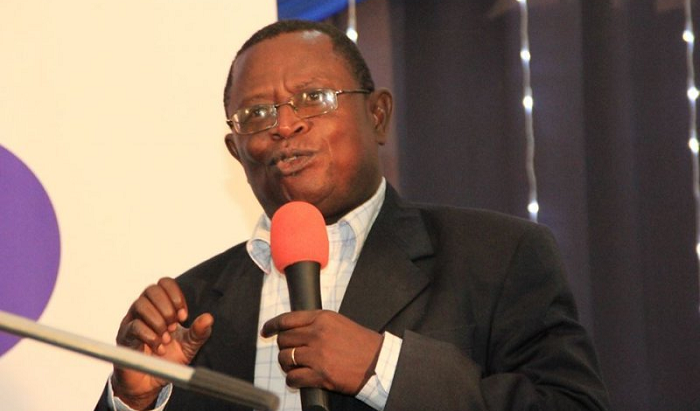 The Institute for Democratic Governance (IDEG) has called on all stakeholders to work together with the Electoral Commission (EC) to end the stalemate over the compilation of a new voters register for the December 2020 elections.

It has also urged the EC to elaborate its plans to hold the upcoming general elections fully within the COVID-19 context, with or without the prevailing restrictions.

“We believe that if these things are done, it will strengthen inter-party co-operation and collaboration with the EC and enhance successful delivery of the 2020 elections,” it said in a statement signed by a Senior Research Fellow and Head, Advocacy and Institutional Relations of the IDEG, Mr Kwesi Jonah.

It said barely six months to the December 2020 election, the country's political arena had been hit by a profound political polarisation that appeared not to be amenable to any political mediation.

“At the core of the polarisation is the wide disagreement between the two major parties, the New Patriotic Party (NPP) and the National Democratic Congress (NDC) and their allied parties over the decision of the Electoral Commission to a compile a new register which require general registration of voters,” it said.

It pointed out that Ghana’s democracy had evolved and that the new register had the potential to be the ideal register if it was done in a manner that eliminated all the problems and mistrust associated with the current register.

It said driving the persistent disagreement was the entrenched and seemingly non-negotiable position of each party that victory or defeat in the 2020 elections would be critically dependent on which electoral roll was used, the existing one or the proposed one to be compiled by the EC.

The statement said what underpinned the impasse was the mutual suspicion based on the conspiracy theory that the existing or new register would be electorally favourable to one party and put the other at a huge disadvantage.

It said the outbreak of the COVID-19 pandemic had dramatically changed the context of the decision to compile a new voters register for the 2020 elections.

It said the three-week partial lockdown in four cities and the imposition of restrictions on movement and social gatherings throughout the country since March compelled the EC to suspend its general voters registration exercise scheduled for April 18 to May 31, 2020, leading to the reduction of 43 days from the EC's 2020 calendar of activities.

“Even if the restrictions on movement and social gatherings are officially lifted, Ghanaians, for fear of contracting the COVID-9 virus, may be extremely cautious not to risk getting infected in the process of registering as a voter,” it stated.

The statement said the risk of infection through general registration could be elevated by the fact that the required ID for registration had been restricted to the Ghana Card and the Ghana passport which were now not available to majority of Ghanaians.

“The vast majority of applicants can only register by two registered voters guaranteeing their citizenship which could mean more people gathering at the registration centre,” it added.

It said without alternative options for handling the crisis over the compilation of a new register, the country ran the risk of recording one of the lowest turn-outs for both the voters registration exercise and the December election “and with it the legitimacy of any government elected on the register.”

It said the new context in which the 2020 elections would occur called for a different kind of democratic politics than the two parties were offering.

“A more accommodating and selfless driven politics based on greater understanding of the need for unity of purpose, political co-operation and love for the nation Ghana is what we expect of the two parties in particular,” it stated.