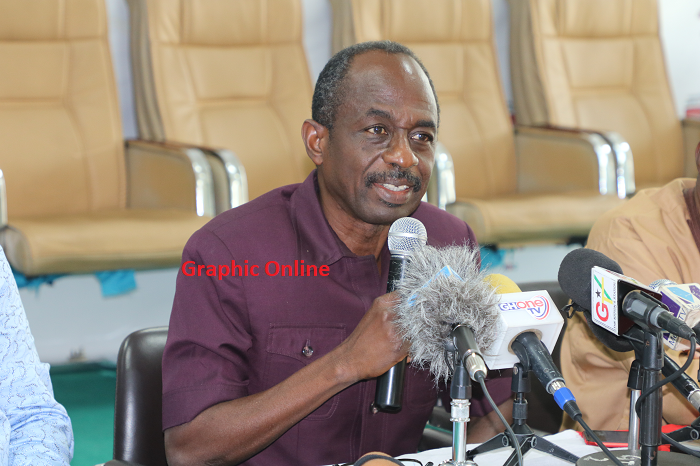 The National Executive Committee of the National Democratic Congress (NDC) has announced a road map towards its internal branch elections.

The exercise will begin from July 20 and end on September 3, 2022 for the entire country.

The party also announced new measures such as the introduction of new electronic platforms to facilitate the payment of dues, donations, procurement of nomination forms, electronic identity cards among other things all in a bid to ensure smooth branch elections.

Announcing the road map at a press conference yesterday, the General Secretary of the NDC, Johnson Asiedu Nketiah, stated that to make the exercise successful, the country has been zoned into three.

Mr Nketiah stated that filing of nominations would begin on July 22 and end on July 23, 2022.

He said vetting of nominees would take place between July 24 and 25, 2022, while nominees who have grievances in one way or another would be heard on July 26, 2022.

For Zone Two, election will be held between July 31 and August 4,2022, while exhibition of voters register will be held from July 24 and 25.Filing of nominations starts between July 26 and 27 with vetting taking place on July 28 and 29, while July 30 will be set aside to hear grievances of nominees after the vetting.

On Zone Three, he said elections will be held between August 4 and 9, while exhibition of the voters register will be from July 28 and 29.Filing of nominations takes place in this zone on July 30 and 31 with vetting on August 1 and 2,2022.Grievances for nominees after the vetting takes place on August 3.

Mr Nketiah further announced that the Ashanti and Eastern regions would have the last phase of elections to take place between August 28 and September 3.

He explained that those two regions had been reserved “ for strategic reasons”.

He explained that a special review committee had been set up to review all petitions pending before the party’s disciplinary committee and other ones to be received in the future.

He entreated members of the party to take advantage of the newly introduced electronic platforms to purchase their nomination forms at GH¢10, while also encouraging the rank and file to ensure that they paid their dues of GH¢ 2.

Mr Nketiah stated that issuance of identity cards in a constituency such as Afram Plains South in the Eastern Region and others which he did not disclose will be put on hold until some peculiar issues were resolved.

“We have staggered the elections in order to do a very good job and this time table applies to every constituency generally and where we realise that a particular constituency is not ready because of certain grievances, we will continue the process and later resolve their issues,”he said.