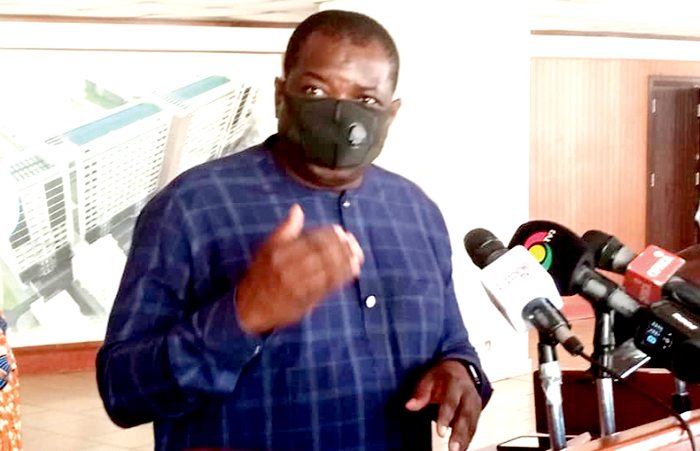 The Minority in Parliament is demanding an immediate abrogation of the $570 million Tema Motorway expansion contract awarded to the Portuguese company, Mota-Engil.

It said the contract, which is of an international nature, was awarded by the Minister of Roads and Highways, Mr Kwesi Amoako-Atta, without parliamentary approval but under the cloak of approval by the Public Procurement Authority (PPA).

That, it said, was a complete breach of Article 1815 which required that all international business and economic transactions to be ratified by Parliament.

“The process leading to the selection of the contractor is what we have always cautioned the government against. If the government decides that the PPP process would not work and they still needed a developer and Mota-Engil’s has failed and cannot raise the funds, Mota Ingil’s is an international company and it falls directly under article 1815,” it said.

But Public Relations Officer of the Ministry of Roads and Highways, Mr Nasir Ahmed Yartey, said the financial agreement for the project has not been signed. What was signed last year was commercial agreement, which was an expression of interest

“Once the financial agreement is signed, it will be submitted to Parliament for ratification”, the Public Relations Officer said in an interview with the Daily Graphic.

He said the Ministry is a responsible one, which does things according to the laws of the country.

Addressing the press in Parliament yesterday, the Ranking Member on the Roads and Transport Committee, Mr Governs Kwame Agbodza, said the contract, per its current stature, was illegal and not binding on Ghana.

“The minister ought to have come to Parliament before entering into this agreement but the minister relied on so-called approval from the Public Procurement Authority (PPA).

“Indeed, PPA’s approval to entities to embark on sole sourcing does not negate the constitutional provision to seek approval from Parliament. So, clearly, the minister has breached the constitution and should know that people have been to jail and have been fired because of the breach of this Article,” he said.

The National Democratic Congress Member of Parliament for Adaklu on page 154 of the 2021 budget said the minister of roads and highways demonstrated that he cancelled the initial contract on the motorway and was about to embark on another public-private partnership (PPP) for another 31.7 km of the motorway.

In the same vein, he said the budget review that the minister of finance read also revealed that an agreement was entered into with the Ghana Infrastructure Fund (GIF) to facilitate a transaction for the design, finance, build, operate and maintain the Accra-Tema motorway project, which was expected to be a PPP transaction.

He said the company that won the contract, Mota-Engil, was given three months to mobilise the necessary funds for the projects but had failed to do so as of now.

“The government of Ghana owes Ghanaian contractors who worked on roads to the tune of almost GH¢8 billion. If you are no longer going to get any support financially from Mota-Engil to do this project, what is the essence of signing a design and construct agreement illegally with Mota-Engil?

“Twenty-seven kilometres of roadwork can be done by Ghanaian contractors. So, we are calling on the minister to abrogate that illegal contract with Mota Engil. They are not qualified”.

He added that: “The PPA never gave you the authorisation to sidestep Parliament. They only said you could go and do sole-sourcing.