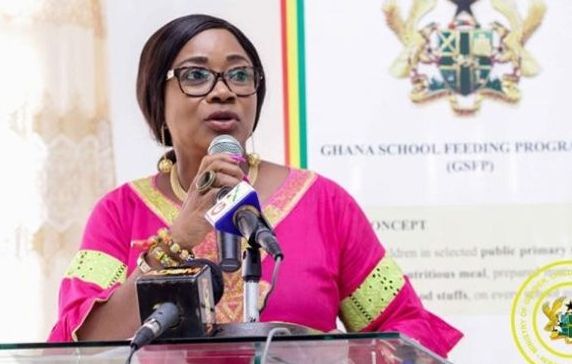 The Member of Parliament (MP) for the Agona West Constituency, Cynthia Mamle Morrison has been re-elected for a second four-year term after winning Monday's General Election.

Mrs Morrison who doubles as the Minister for Gender, Children and Social Protection in the incumbent New Patriotic Party government polled 30,513 out of a total of 59,193 valid votes cast.

He closest challenger Paul Ofori-Amoah of the opposition National Democratic Congress (NDC) got 27,673 while an independent candidate Ishmael Kofi Tekyi Turkson got 1,007 votes.

It will be recalled that in the run-up to the elections in October 2020, the NDC candidate Mr Ofori-Amoah was held by the Police in connection with an alleged plot to kill the incumbent MP.

The NDC candidate is alleged to have admitted to issuing cheques found on four persons the police describe as 'suspicious characters' arrested at a hotel in Swedru on Saturday.

The Public Relations Officer of the Regional Police Command, Deputy Superintendent of Police, Ms Irene Oppong briefing the press, said the police had picked the cheques belonging to Paul Amoah at the hotel where the suspects were picked up and invited him to assist in investigations.