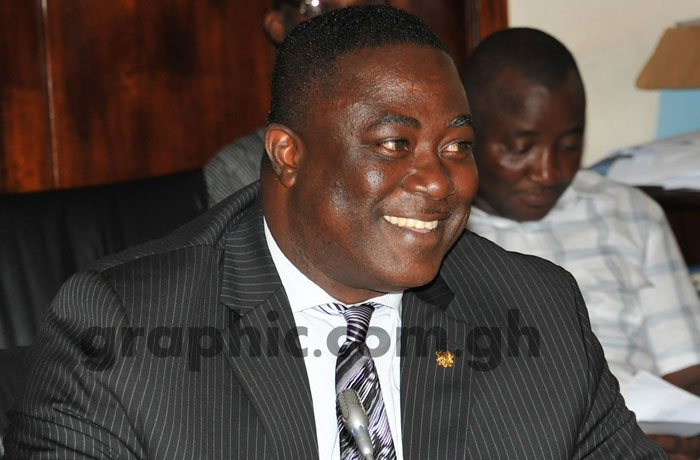 The Volta Regional Minister, Nii Laryea Afotey Agbo, has assured the people of the region that they will get their fair share of the national cake.

“It is payback time for the Volta Region. I want to assure you that the region will have its fair share of development,” he said.

Nii Agbo was speaking during an official welcome ceremony on the premises of the Volta Regional Co-ordinating Council.

He said he was poised to help develop the region and called for the support of all.

The minister promised to be fair and selfless for the rapid socio-economic development of the Volta Region.

“I’m here to work as a Ghanaian,” he stated  “People are my priority and I hope I will get the support of all for accelerated development.”

The Volta Regional Co-ordinating Director,  Mr Mac B. Christopher Anyigba, who welcomed Nii Agbo, assured him of the readiness of the staff of the VRCC to work with him.

The Paramount Chief of the Nungua Traditional Area, Nii Odaifioo Wulentsi III and some Ga chiefs witnessed the welcome ceremony.

Nii Odaikwei III, Chief of Staff of the Nungua Traditional Area, said “Gas and Ewes are one” and was hopeful  Nii Agbo would be given the needed support so he could leave positive footprints in the region.