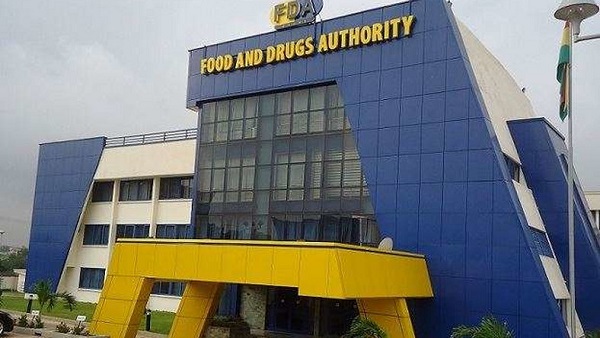 The Parliamentary Select Committee on Health has urged government to resource the Food and Drugs Authority (FDA) to help enhance its capacity to approve vaccines in Ghana and in the sub-region.

To be able to approve vaccines, the committee said it would require the authority to attain Maturity Level four under the World Health Organisation (WHO) classification.

“This also demands that the authority sets up a molecular laboratory and that is going to be so expensive to maintain because it is an eagled-eye facility by the WHO and this is where the FDA needs a lot of resources,” the chairman of the committee, Dr Nana Yaw Afriyie, said while engaging with the media in Accra after a closed-door meeting with the management of the FDA.

Currently, Ghana and Tanzania are the only countries under the WHO in African to have attained a level three ranking.

Level three indicates that the system is well-functioning and integrates all required elements to guarantee its stable performance.

“We have visited the FDA and we are satisfied with its operations. Ghana’s FDA is one of the foremost in Africa and even in the midst of scarce resources, it is excelling.

“However, it is faced with a lot of issues, which need to be addressed. We expect the authority to be so resourced to be able to approve the use of vaccines in Ghana and in the sub-region,” he added.

He further urged the government to stop treating the authority as a cash cow by siphoning money from its internally generated funds, saying that, the situation was preventing the authority from performing its functions effectively.

Dr Afriyie stated that the FDA was supposed to be inspecting about 10,000 institutions but currently, it was doing about 7,200.

“So, it means about 2,000 institutions are not being inspected and that is no fault of the authority, it is constrained,” Dr Afriyie stressed.

He said the committee was looking forward to meeting with the Ministry of Finance and the Ministry of Health so that it could prove to them why it was important for the FDA not to be treated as a cash-cow.

More than ever before, he said, the FDA needed a lot of money to maintain its standards.

Anything otherwise, he said, there would be a lot of food safety issues in the country.

“Now the country cannot export palm oil to Europe because it has to be subjected to a lot of test and FDA doesn’t have the capacity to do that because it is constrained,” Dr Afriyie said.

“When it is given the free space, some of these issues, which appears to be disgraceful, will be avoided,” he added.

The Ranking Member of the committee, Kwabena Mintah Akandoh, also indicated that the safety of food in the country largely depended on the effectiveness of the FDA.

He noted that the authority lacked a lot of logistics such as vehicles to do inspection and that was affecting its effectiveness.

“Currently, the machines at the port that are used to determine whether or not the foods that are being imported into the country are safe has broken down. So now they have to take samples from the port to the head office to test and send the results back to the port for approval,” Mr Akandoh said.

“It is about time government got its priorities right. The FDA is a very sensitive institution and as a committee, we will be united to pursue the interest of the agencies under the health sector,” he added.