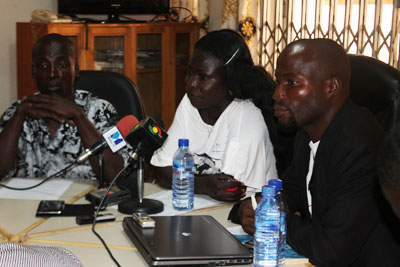 Hundreds of Persons Living with the Human Immune Virus (HIV) would be in danger if arrangements are not made for them to access the anti-retroviral drugs on which they survive.

The strike action by pharmacists, according to the Network of Persons Living with HIV  (NAP+), has denied them access to anti-retroviral drugs.

Addressing the press in Accra yesterday, the National President of the NAP+, Mr Kofi Amofa, said the pharmacists’ strike would erode the gains the country had made so far in trying to achieve a zero mother-to-child transmission and zero HIV deaths if immediate action was not taken to resolve the issue.

The Government Hospital Pharmacists Association (GHOSPA) on April 8, 2013 embarked on strike to press the government to meet their demands.


The pharmacists are demanding the payment of their salary arrears and market premium as negotiated by the Fair Wages and Salaries Commission (FWSC).

Mr Amofa  appealed to the pharmacists to consider the plight of persons living with HIV and AIDS and make arrangements for them to access their anti-retroviral drugs.

“We trust that the government would take urgent steps to rectify the situation as soon as possible so that persons living with HIV and AIDS can get this life-saving drugs at all times from the  hospitals and clinics,” he said.

The Greater Accra Regional Chairman of the NAP+,  Mr Raymond Ahorlu, said over 60,000 people living with HIV and AIDS were in danger due to their inability to access the anti-retroviral drugs.

Therefore, he urged those in charge of managing the drugs to ensure that anti-retroviral drugs were supplied frequently.

“The government should provide a budget to support the continuous supply of the drugs to thousands of people living with HIV in the country,” he said.

In her address, the Director of Pharmaceutical Services of the Ministry of Health, Madam Martha Gyansa-Lutterodt, said the ministry was engaging the FWSC and the pharmacists towards settling the grievances of the latter.