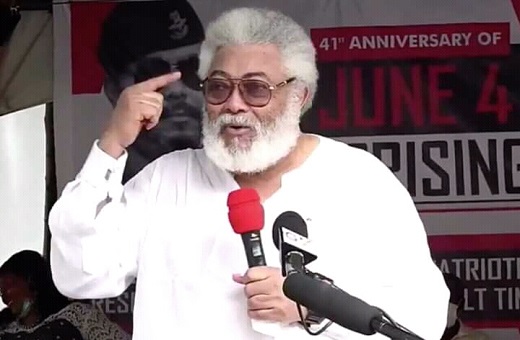 Former President Jerry John Rawlings says the threat of potential terrorist attacks against Ghana is real and behoves both the military, whose duty it is to defend the territorial integrity of the country, and citizens in border towns to stay alert to the threat.

In a statement issued on his behalf by the Communication Directorate of his office, Rawlings said "Ghanaians can no longer procrastinate on the matter of terrorism and assume we are insulated from the reality," adding that "The time has come for heightened vigilance by every Ghanaian as we enter a vulnerable period leading up to the December Presidential and Parliamentary elections."

The former President draws attention to multi-terrorist attacks in neighbouring Cote d’Ivoire that led to the killing of several soldiers and gendarmes early last month, and says Burkina Faso has also become a hub of terrorist activity over the past few years with hundreds killed in recurring attacks across the country.

"Travel advices and credible intelligence reports from several sources warn of potential terrorist attacks in countries like Ghana and Togo. Our country faces a real threat of terrorism with the heightened attacks in neighbouring countries", he cautioned.

"While we undoubtedly are nervous about the deployment of the military and other security agencies across our border areas, ordinary civilians can better guarantee their safety when we keep our ears and eyes open for suspicious movement and activities across our vast borders.

"In the same vein, I once again urge the military and other agencies deployed in the border regions to perform their roles above reproach and be sensitive to the mood of the people of the border areas who are already reeling under the pressures of Covid-19. Any unease and mistrust between the military and communities along the border areas will only create an opening for those engaging in terrorist activity to slip through, increasing the threats to our country. Cooperation and sharing of intelligence is key to confronting the challenge.

"The military’s role is to defend the territorial integrity of the country and protect the people of Ghana", said Rawlings.