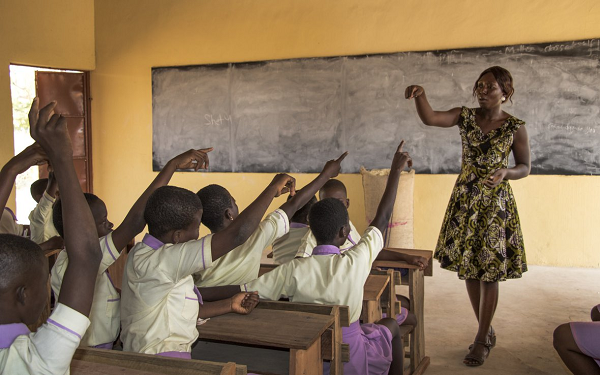 Four teacher unions have called on the Ghana Education Service (GES) to withdraw the entire semester system at the pre-tertiary level for wider consultations with stakeholders before it is implemented.

According to the unions, the unilateral change in the school calender from the trimester system to the semester system to cover pupils at the primary and the kindergarten levels by the GES was arbitrary and an imposition on the major stakeholders in education, of which the unions were a part.

“We, therefore, call on the GES to immediately withdraw the policy, pending full consultations with the unions in education and other major stakeholders, and do serve notice that failure to do so will be resisted fiercely,” the unions said in a joint statement issued yesterday.

According to the unions, at no point in time were they consulted on such a major policy decision.

Explaining further, they said in their statement that the hours required to work per day and per week in the educational sector had been a bother to them, especially when instructional and working hours had been increased unilaterally without discussions and negotiations, especially with the unions in education.

“Per our collective agreement with regard to our working conditions, major policies such as this should come for discussion and negotiation.

“As educators, and speaking from a professional point of view, thorough discussions will bring to the fore the effects of a long school calendar on both teaching and learning and also on the health of both workers and learners,” the statement said

Throwing more light on the issue, Mr Musah told the Daily Graphic that the unions were not only against the extension of the contact hours but the semester system as well, since the two were intertwined.

“It is both contact hours, which were an issue, and the removal of the trimester system. We are saying that you cannot have KG pupils do semester,” he said.

The GNAT General Secretary said the policy needed to be discussed, so that if there was any compensation to be paid to teachers, it would be done well with their input.

Moreover, he raised concern over the decision of the GES to extend the contact hours for teachers.

According to Mr Musah, the decision was in flagrant disregard for the collective agreement for teaching staff of the GES, the code of conduct for teachers, as well as a directive by the National Labour Commission (NLC).

He took issue with the GES for taking “a unilateral decision” and threatened to report the conduct of the service to the NLC.

He indicated that if the NLC failed to act on the matter, no one should blame teachers for the action they would take.

Mr Musah said there was a working committee in place to discuss contact hours with the parties (the GES and the unions) based on the directive of the NLC.

Regrettably, he said, although the committee had not finished its work and reported back to the commission, the GES had come out with new contact hours to take effect from this academic year.