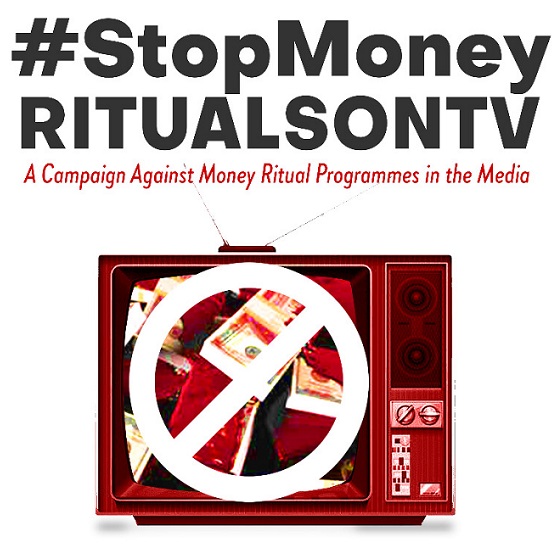 Three Postgraduate students of the Archeology Department of the University of Ghana, Legon, are to mount a seven-day, multi-themed exhibition from Monday, 9th to Monday, 16th May, 2022.

The exhibition will be mounted in the museum located within the Archeology Department at the University of Ghana, Legon.

Three different themes will be on display for the seven-day exhibition.

Whilst two of the exhibitors are celebrating Ghanaian heritage in the areas of sports and tourism, a third exhibitor, Ms. Magdalene Eyram Kwashie, is focusing on getting society to redirect its energies into speaking up against an ill that seems to be perpetuated by a section of the Ghanaian media.

Dubbed “STOP MONEY RITUALS ON TV NOW”, Ms. Kwashie says she intends to use the exhibition to provoke the thoughts of society into pushing authorities to take a second look at media content especially radio and television and to act in the best interest of Ghanaians.

Ms. Kwashie says, “Ritual killings have become rampant over the past 2 years and the scary part is the involvement of teenagers in the heinous crime”.

She refers to the Kasoa killing incident and says the alleged confession by the two teenagers that a ritualist on television inspired them raises serious issues about the content in our media space.

“It is no secret that majority of our television stations’ contents are dominated by persons who claim to have powers to double money for people. And they show these with impunity and mostly during prime time,” she added.

According to her, she has themed her exhibition “Stop Money Rituals on TV Now” in support of a social media hashtag that trended on Facebook during the unfortunate Kasoa incident where a 10-year old boy was killed allegedly by two teenagers ostensibly for “money ritual”.

Ms. Kwashie believes that it is about time authorities such as the National Media Commission (NMC), and the National Communications Authority (NCA) did something about some of the content in the Ghanaian media space.

“I am not calling for censorship of the media, however, we need a body that can set the parameters within which media organisations work particularly when it comes to content. We all cherish freedom of speech but this freedom must be accompanied with responsibility”.

The other exhibitors are Emmanuel Kwame Yeboah who is celebrating Ghana’s two greatest football teams, Accra Hearts of Oak and Kumasi Asante Kotoko and their achievements over the years on the African and Ghanaian landscape.

The third exhibitor, Ali Mahama, will showcase the Mole National Park in the Northern region, with the exhibitions opening from 9am to 5pm daily.