The Ghana Mine Workers’ Union of the Trades Union Congress has honoured the Vice President of Support Services at Golden Star Resources and MD for the Wassa Mine, Shadrach Adjetey Sowah, with a special May Day award.

A citation presented to Mr. Adjetey Sowah by President Nana Addo Danquah Akufo-Addo during this years’ May Day celebration, noted that the special award was in recognition of his respect, promotion of workers’ rights and their general wellbeing. 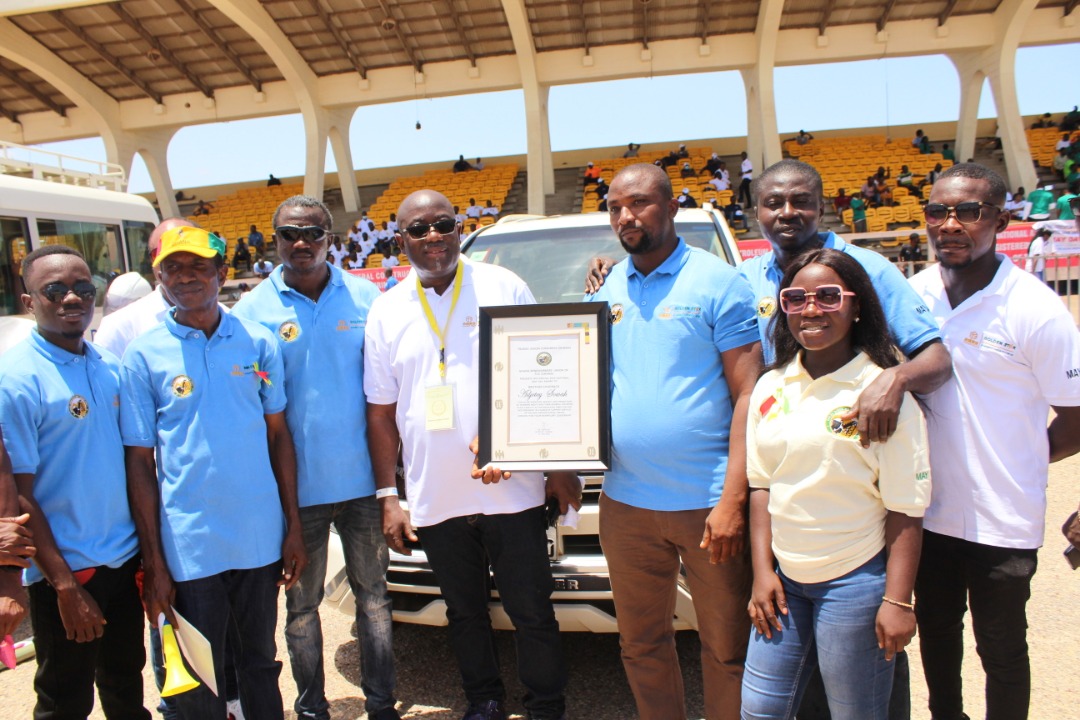 Speaking briefly after receiving the award from the President, Mr. Adjetey Sowah noted that “it is exciting and a great feeling to know that one’s efforts are being recognized”.

According to him, it is important that individual’s contribution towards the growth and development of the country is recognized whilst they are still actively involved in the process and not when they are dead.

He said “such recognitions will inspire the younger ones to also put in their best for the progress of Ghana and its citizens”.