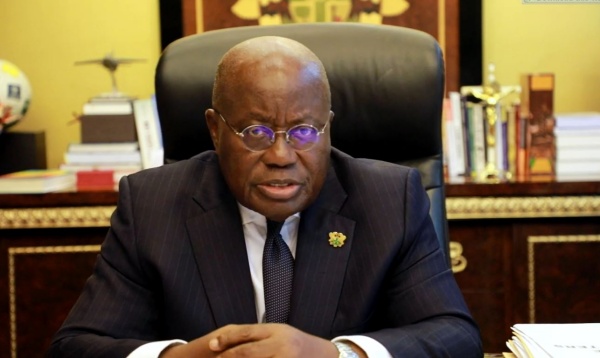 President Akufo-Addo in his capacity as the African Union Champion of Financial Institutions addressed the Boma of Africa at the invitation of the African Union and AfroChampions, on the ongoing global economic turmoil.

He strongly urged the assembled leaders to prioritise and focus on collective actions to strengthen Africa's influence in the global economic order.

He expressed concern that smaller economies, many of them in Africa, often suffer the harshest consequences during global downturns though they contribute the least to the causes of these upheavals.

The international instruments for resolving these crises lack input from smaller economies. Africa, therefore, needs to invest more in its own instruments for financial crisis management and speed up the emergence of a continental lender of last resort. But even a whole continent cannot alone withstand the full onslaught of a global economic nosedive. Global cooperation will remain at the base of any strategy for addressing crises of such nature.

Hence President Akufo-Addo's call for Africa to work together on a unified voice and approach to influencing the decisions taken in continental forums on crisis resolution.

In that same spirit of collective action at the continental level, Ghana has been a strong supporter of African Union regional solutions such as the common African Vaccine Passport and the AfCFTA Digital Corridor and its ProPer subsidiary platform.