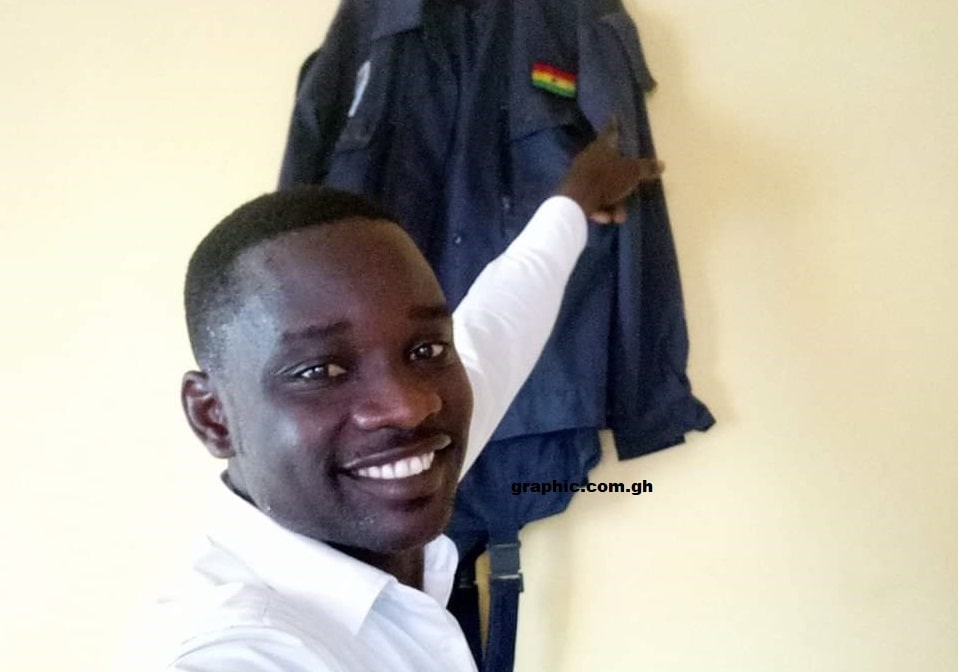 The Inspector General of Police (IGP), Mr James Oppong-Boanuh, has placed a GH¢10,000 bounty on the head of anyone who will volunteer information leading to the arrest of persons who shot and killed a policeman in the Central Region yesterday.

Around 4.30 a.m. yesterday, the lifeless body of Lance Corporal (L/Cpl) Kingsley Kofi Boahen was found about 200 metres away from the Zen Filling Station on the Mankessim–Assin Fosu road, where a robbery incident had taken place about 2 a.m.

A statement signed by the Central Regional Police Public Relations Officer, Deputy Superintendent of Police Mrs Irene Serwaa Oppong, said when a police patrol team arrived at the Zen Filling Station in the Mfantseman municipality in response to a distress call about a robbery there, the robbers opened fire on the team, injuring two policemen.

It said about 4.30 a.m. the same day, the body of the deceased policeman, who was not on duty and was in civilian clothing, was found with gunshot wounds about 200 metres away from the robbery scene.

“Investigations are ongoing to establish the facts of events leading to the death and injury,” it said.

L/Cpl Boahen’s landlord and a co-tenant, speaking about the incident, said the policeman had gone out in the morning to exercise, as was his usual routine.

The landlord, Rev. Abeiku Acquah, told the IGP that he was a kind-hearted man.

"He was calm. I was broken to hear from a neighbour this morning that his lifeless body had been found," he said.

Rev. Acquah said L/Cpl Boahen had the habit of jogging regularly in the morning, as was the case yesterday.

The co-tenant, Mr Godfred Amo Mensah, said L/Cpl Boahen was like a brother to him.

“Only last night, we spent the evening together. This incident is sad and unfortunate," he said.

Meanwhile, Mr Oppong-Boanuh has visited Mankessim to assess the situation at first-hand and also commiserate with the bereaved family, during which he announced the bounty.

He also visited the injured at the Our Lady of Mercy Hospital in Mankessim.

Mr Oppong-Boanuh said a team of investigators from Accra had joined the team in the Central Region to help apprehend the perpetrators of the heinous crime.

He said the Police Administration would do all to ensure that the perpetrators were brought to book.

He expressed his condolence to the bereaved family and wished the injured a speedy recovery.

The acting Medical Director of the Our Lady of Mercy Hospital, Dr Ian Tackie, said the two injured were responding to treatment.

The Member of Parliament for the area, Mr Ekow Quansah Hayford, said it was unfortunate that the incident would dent efforts at enhancing security in the area.

The body of the deceased policeman has been deposited at the Cape Coast Teaching Hospital, while investigations continue.