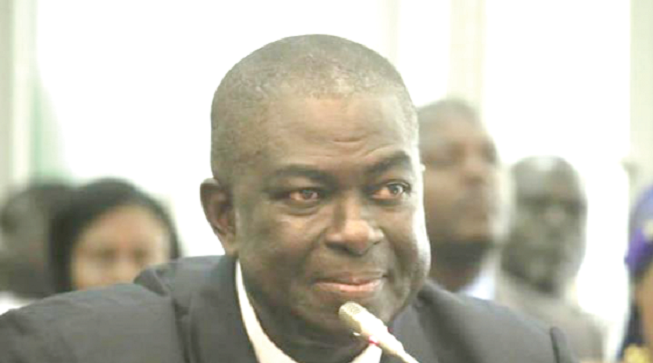 A Deputy Minister of Roads and Highways, Mr Kwabena Owusu Aduomi, last Friday briefed Parliament on the progress of the Peki Adzokoe to Hohoe roads under the Eastern Corridor Road projects.

He specifically briefed the House on the upgrading of the Asikuma Junction–Have and the reconstruction of Have-Hohoe roads.

The minister was answering questions from the Members of Parliament for Hohoe, Dr (Mrs) Bernice Adiku Heloo, and Bia East, Mr Richard Acheampong, on the current state of the listed roads.

Dr Mrs Heloo sought to know why works on the project had stalled for six months.

Mr Acheampong wanted to know when the Nkrankwata to Adabokrom road project would be completed, as well as when construction works on the Adabokrom town roads and Adabokrom to Akwabengkrom roads would commence.

Touching on the upgrading of the 45-kilometre Asikuma Junction-Have road project, the deputy minister told the House that the completion date for the project was revised from December 5, 2013, to March 5, 2017, as a result of the delay in paying for the work done.

He said the physical progress of the project was 52 per cent complete.

On the reconstruction of Have-Hohoe Road, the deputy minister informed the House that the current physical progress of the project was 58 per cent.

He said work on the project would consume after an audit had been conducted.

On the issue of the second part of the Have-Hohoe project, which is located at the Afadjato South District and Hohoe Municipal Assembly and 40 per cent complete, Mr Aduomi said the continuation and completion of the project was dependent on the outcome of the rationalisation exercise being This email address is being protected from spambots. You need JavaScript enabled to view it.