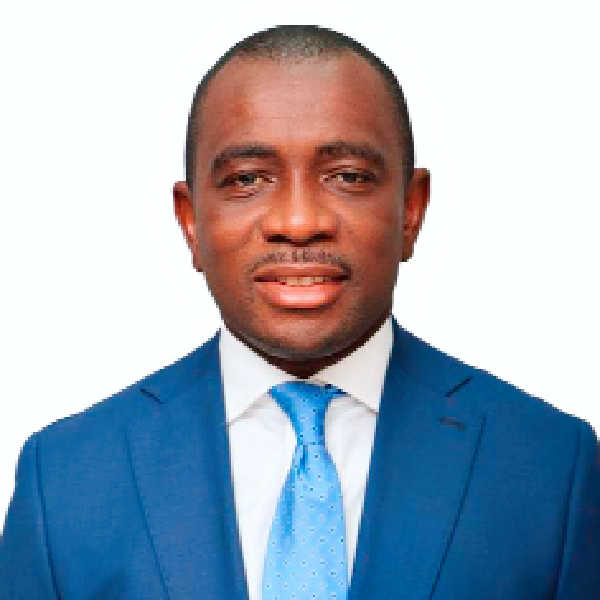 Mr Kennedy Osei Nyarko — The Chairman of the Committee on Roads and Transport
30.5k Shares

Parliament has approved a loan agreement of €150 million for the design and construction of the Peduase-Mamfe-Koforidua Scenic Route project.

The 55-kilometre (Km) stretch project is to reduce travel and vehicle operating cost along the stretch and the road network in its immediate environs.

With a road design life of 20 years, the project also seeks to improve accessibility and ease of movement for pedestrians and non-motorised vehicle users, especially those with disabilities and improve the capacity of the drainage system along the stretch.

The agreement is between the Government of Ghana, represented by the Ministry of Roads and Highways and Messrs QGMI Construcciones E Infraestructuras Globales (QGMI) and the Rango Construction Company Limited (RCCL).

The project involves the dualisation of the Mamfe-Koforidua road which will include the construction of a dual carriageway road with 31-km length and ancillary work.

The project will specifically undertake the rehabilitation and upgrading of the existing main road with 51 kilometres and 55 kilometres of selected community roads.

The contract agreement was presented to the House by the Majority Leader, Mr Osei Kyei-Mensah-Bonsu on behalf of the Minister of Roads and Highways on Tuesday, November 16, 2021 and it was referred to the Committee on Roads and Transport for consideration and report.

Ahead of the approval of the facility, the Minister of Roads and Highways, Mr Kwasi Amoako-Atta, moved a motion for the House to approve the agreement. It was seconded by the Ranking member of the committee, Mr Kwame Governs Agbodza.

Presenting the committee’s report ahead of the approval of the agreement, the Chairman of the Committee on Roads and Transport, Mr Kennedy Osei Nyarko, told the House that the road works shall consist of providing all survey and investigation, designing of the road alignment and geometry, pavements, drainage, bridges and culverts.

Others, he said included site investigation and tests, road marking and signage, as well as all associated and standard specifications for Road and Bridges Works of the Ministry of Roads and Highways.

He said the project would start from the Peduase Lodge through the Mamfe roundabout and end up at the Koforidua junction.

He indicated that the existing road had a total length of 51 km and connected such main towns as Mamfe, Adawso, Okorase and Koforidua, with community roads distributed along the main corridor.

No value for money assessment

He informed the House that even though the Value For Money assessment (VFM) was a condition precedent to the design and build contract agreement, the agreement was presented to Parliament without it.

“The committee ,therefore, strongly recommends to the House to direct all ministries, departments and agencies to include VFM assessment reports to all agreements before presenting it to the House for approval.

“This will ensure that allocated resources are well aligned to the project objectives to ensure cost minimisation and output maximisation,” he said.

Right things must be done

Supporting the motion for the House to approve the contract agreement, Mr Agbodza said the conditions on many trunks roads currently were not the best, especially the roads leading to most regional capitals.

He, however, urged Parliament to prevail on the government to always attach VFM to project contract before they were submitted to the House for approval.