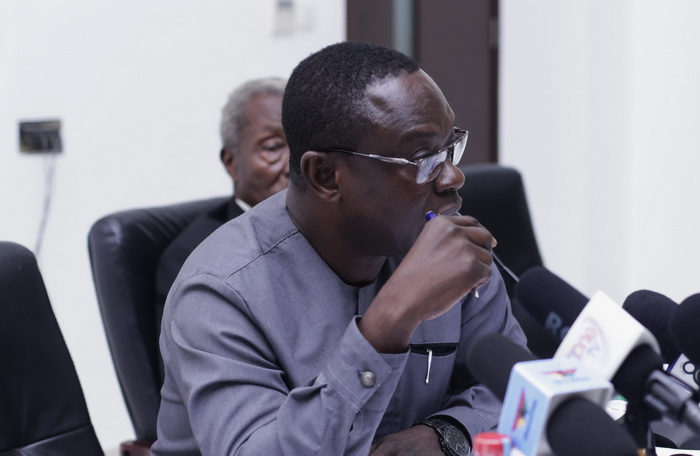 More than 10,000 passport booklets have been left uncollected at the Passport Office in Accra.

At the Ridge Passport Application Centre alone, over 4,000 passports are yet to be collected.

Consequently, authorities at the Passport Office have initiated moves to publish the names of such applicants in the national dailies.

The Director of Passports, Mr Emmanuel Enos, further expressed concern that many passport applicants who had their information partially captured for obvious reasons had failed to come back to the passport office to complete the application process.

That has also left many partially captured passport applications in the system, a development that has become a cause for concern for authorities at the Passport Office.

At a media briefing in Accra on Wednesday to update reporters on passport acquisition processes, including online application, Mr Enos said the days when ‘goro boys’ flooded the premises of the Passport Office were no more, but added that those boys had now taken their ‘business’ to regional passport application centres.

He explained that those middlemen took advantage of unsuspecting passport applicants by extorting money from them with an assurance to secure them passports within the shortest possible time.

The director also expressed worry over the practice by some applicants who allowed other people, including ‘goro boys’, to complete their application forms for them, noting that some of the information contained on such forms turned out to be wrong.

He cited cases where officials tried to make contacts with an applicant through telephone numbers entered on the form only for the call to go to wrong persons.

Mr Enos, therefore, underscored the need for passport applicants to complete their own forms to avoid such inconveniences.

The online passport application process is the most convenient way of applying for a passport, whose delivery period is less than one week.

Some online applicants the Daily Graphic spoke to attested to the fact that they had their passports delivered within four days after application.

The online application begins with purchasing a voucher from any of the passport form designated banks which allows an applicant to access the system through the online link www.passports.mfa.gov.gh.

Mr Enos said about 300 online applications were processed daily and that currently, the online system was only being piloted in Accra.

At the moment, other passport application centres are located in Kumasi, Takoradi, Sunyani, Ho and Tamale. Plans are underway to open similar centres in Cape Coast, Wa, Bolgatanga and Koforidua.

The chaotic scenes that were often witnessed in the past at the Ridge Passport Office were completely absent when the reporters got there.

The prevailing sanity at the office had impacted positively on the day-to-day business at the Ridge Office, giving officials the peace of mind to concentrate and work on applications expeditiously.

There was also sanity at the Accra PAC which had been given a facelift.

Mr Enos, who was accompanied by the Director at the Accra PAC, Mr Samuel Ofosu-Boateng, led the media to the online application centre where applicants were going through the process smoothly.

With the online system, applicants are given the opportunity to select a date and time convenient for them to go to the office to have their pictures taken.