No PPE stolen from Ashaiman Polyclinic 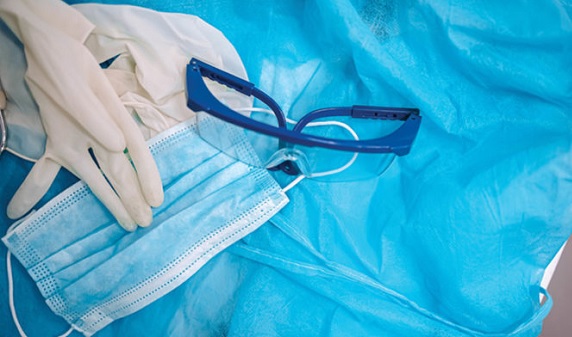 The Ashaiman Municipal Health Directorate has denied reports of stealing of facemask and other Personal Protective Equipment (PPE) by some nurses at the Ashaiman polyclinic.

The Directorate said the items in question which have been confiscated by the Ashaiman District Police do not match any logistics procured or donated to any public health facility in the Ashaiman Municipality.

The case was officially reported by one Foster Bampoe to the police after spotting the items allegedly being being moved out of the Ashaiman Polyclinic.

According to Mrs Mamattah,initial investigations conducted by the Health Directorate and the Ghana Police Service in Ashaiman revealed that the PPE in question were consigned to one Mr Joseph Nanor of Mararillosa-Dios Ltd, a private businessman, who is not a staff of the health service but keeps a container which shares walls with the polyclinic.

She indicated that the presence of the container was unknown to the management of the polyclinic.

The Health Director said further investigation at the stores of the directorate and that of the Ashaiman Polyclinic revealed that the said items which were confiscated by the police did not belong and did not match any logistics procured or donated to any public health facility in the Ashaiman Municipality thus describing the earlier report of theft as false.

The complaint, Mr Foster Bampoe told the police that at about 4pm on Tuesday, May 12, 2020, the he saw one nurse carrying some boxes believed to contain the items from a room in the hospital which is close to a container and started monitoring the development.

According to him, he suspected thievery and therefore started taking pictures as a form of evidence to present to the police for investigations

He later reported the case to the police.