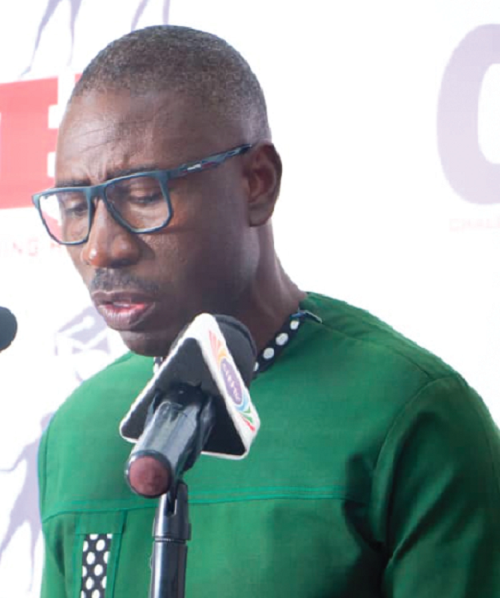 Challenging Heights, a child centered non-governmental organisation, as part of its work in 2021 rescued a total of 153 children from forced work, human trafficking and domestic servitude.

The president of the organisation, Mr James Kofi Annan, who made this known at an end of year review, said the children were made up of 106 boys and 47 girls.

The children aged between six and 17 years were from 12 out of the 16 regions in the country.

Mr Annan said the figure brought to over 1,700, the total number of children the organisation had so far rescued from slavery in the fishing communities in the country since its establishment in 2003.

However, he said, “I am particularly worried that the global community might not achieve the 2030 Sustainable Development Goal (SDG) 8.7 on the elimination of child trafficking and modern slavery in all its forms.

He mentioned a number of challenges working against the progress made over the years to include the COVID-19 pandemic, which he said had eroded the gains made in the sector and worsened the vulnerabilities of women and children, making it difficult to predict when communities could rebuild resilience against slavery.

Citing statistics from a joint International Labour Organisation (ILO) and UNICEF 2021 report, he said the number of children in child labour had risen to 160 million worldwide which was an increase of 8.4 million children in the last four years with millions more at risk due to the impacts of the COVID-19 pandemic, saying this was the first time in two decades, the global community had witnessed increase in the number of children affected by child labour.

“Our evidence shows that the climate crisis presents a horrifying new threat to the freedoms of people who are already at risk of modern slavery,” he said.

He added that in a 2021 report, jointly conducted with Antislavery International, and the International Institute of Environment and Development, “climate change was identified as a risk multiplier that makes people more vulnerable to exploitation”.

He further said the disruptions in the educational system occasioned by COVID-19, and its associated school closures, long vacation periods, and the uncertainties in the school re-opening for basic and secondary education system, fostered children’s vulnerabilities to trafficking.

“When children stay home for longer periods, they become exposed to trafficking easily. In some situations, poorer families are forced to allow their children to join their colleagues on the lake to “make money” to support the families and buy their school needs when schools eventually re-opens.

“Even worse for the girl child is the fact that, some get pregnant in the process, and drop out of school”, he added.

He said unfortunately, younger children were becoming more vulnerable to slavery now than it was previously saying the organisation had gathered evidence which showed that traffickers were losing their investments in older slavery victims, as a result of frequent escapes, refusal to work and access to modern technology that blew their cover and were, therefore, targeting younger children who were mainly invisible.

“We found that for every 10 children on the lake, six of them were between the ages of five and 11, as opposed to five years ago when six out of 10 children were between the ages of eight and 17,” he said and added that the evidence clearly demonstrated the need to intensify awareness to increase knowledge, especially, among vulnerable populations in order to decrease further vulnerabilities.