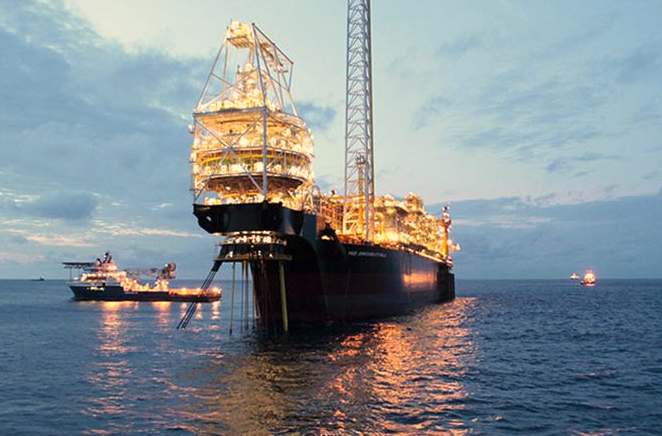 No environmental impact assessment (EIA) was carried out before the on-shore prospecting for oil in three districts in the Bono East Region, a report by WACAM, a human rights and environmental mining advocacy organisation, has revealed.

Moreover, it indicated that farmers whose farmlands and produce were destroyed in the course of exploration were given inadequate compensation, some of which were between GH¢200 and GH¢300.

The Dean of the School of Development Studies at the University of Cape Coast, Dr. Emmanuel Tenkorang, and a lecturer at the Department of Geography Education at the University of Education, Winneba, Dr. Yaw Asamoah, made this known when they jointly presented the report at a Forum on Responsible Mining in Accra.

The sampling areas for the study were Nkoranza North, Nkoranza South and Atebubu Amantin districts, which fall within the large and resource-rich Voltaian Basin covering the middle belt through to the northernmost part of Ghana and beyond with a total population of over 351,278.

Ghana discovered oil in commercial quantity in 2007 but reached first oil in the offshore Jubilee field in 2010.

Some 215 household respondents were surveyed in the exercise carried out last year shortly after the lockdown.

Dr. Asamoah noted that both environmental and social impact assessments should have been undertaken before the commencement of exploration because of the likelihood of environmental consequences.

“There was nothing of the sort. When you do the environmental impact assessments and you realise that the negatives are so many, then environmentally it is not right to undertake such an activity,” he explained.

He said the social impact assessment which was now being talked about, was to look at the social impact of an activity on the lives of the people, especially when it was going to have contact with human beings.

“I don’t really have a problem with the offshore oil exploration but when it comes to onshore, it would mean you have to move away from where you are for an activity to be carried out,” he emphasised.

Dr. Asamoah indicated that those that got affected as a result of the exploration were compensated, “but the farmers were not happy with the monies paid to them”.

The report recommended that district assemblies or civil society organisations should conduct public education campaigns within the basin to educate the population on their rights, especially regarding extraction of natural resources and the reliefs they could seek in such situations.

Dr. Tenkorang said, among other things, the study sought to explore how well “social licence” was sought from (remote) communities by way of their connection to the exploration process (oil prospecting) and the level of awareness and respect for their rights in the process.

The objectives, he said, were to investigate the level of participation of communities in the basin in the ongoing exploration, investigate the awareness of the affected communities about their human rights in the ongoing exploration and examine how well the principle of Free, Prior and Informed Consent (FPIC) had been sought in the exploration process, and explore the extent to which “social licence” had been granted to the GNPC in the exploration process.

The Associate Executive Director of WACAM, Mrs. Hannah Owusu-Koranteng, said the world had made the mistake of undertaking destructive business operations like mining, which had destroyed the earth and its associated loss of biodiversity and livelihoods of communities.

"We have made similar mistakes in Ghana with respect to gold mining in our quest to attract mining investors to exploit our natural wealth.

It is not late to change the narrative by placing human beings, especially the citizens who will be affected by the wrong decisions we take, at the centre of our developmental options to reduce their sufferings," she said.

She said Ghana must, therefore, be the leader in championing responsible development within the sub-region.

"A research carried out by WACAM indicates that the initial engagements by the agents of GNPC with the affected communities in Atebubu-Amantin, Nkoranza North and Nkoranza South districts where there is ongoing onshore oil exploration do not meet the minimum standards of the FPIC protocols," she said.