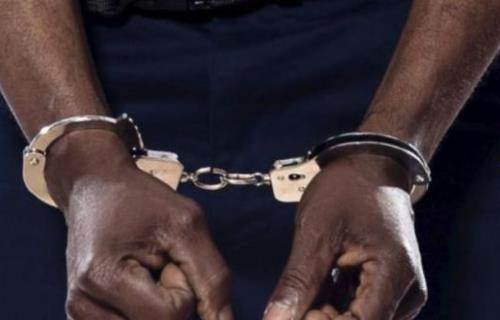 One of the four suspects involved in a taxi robbery incident at Wasabiampa in the Lower West Akim Municipality in the Eastern Region has been sentenced to 25 years in jail by the Asamankese Circuit Court.

Benjamin Kofi Larbi, 24, pleaded “guilty with explanation” at last Tuesday’s proceedings and was found guilty on his own plea by the circuit court presided over by Mr Abubakari Abass Adams who slapped him with a 25-year prison term.

His three accomplices, namely Stephen Kofi Gyamfi, 22, Richard Kofi, 20, and Kelvin Asante, 19, pleaded “not guilty” and have been remanded in police custody to reappear before the court on Wednesday, March 31, this year.

The four suspected robbers were arrested by the police in an alleged taxi robbery incident on Wednesday, February 24, this year following a complaint by the owner of the taxi, Mr Enoch Atuobi Okane, to the police at a snap check point on the Suhum-Asamankese road the same day.

Mr Okane, 27, alleged that he was attacked and beaten by the four suspects who had hired his services, but he was able to escape with the assistance of a commercial motor rider.

The Deputy Eastern Regional Police Public Relations Officer (PRO), Sergeant Francis Gomado, told the Daily Graphic that one of the suspects, Stephen Gyamfi, hired the services of the victim who was driving a Toyota Yaris taxi cab with registration number AS 1869-20 to take him from Kumasi to Nsawam to inspect his farm.

He said the three other suspects joined the vehicle at Suhum and the complainant was directed to take the route to Asamankese.

Sergeant Gomado when they were getting close to Akroso, which is the next major town after Asamankese the complainant was made to divert to Wasabiampa, a village along the stretch.

He said sensing danger; the complainant feigned nature’s call and went into a nearby bush.

He said when the complainant emerged from the bush, the suspects allegedly pounced on him and beat him severely and in the process Larbi hit his shoulder with a stick.

Sergeant Gomado said the complainant was able to escape from the suspects with the assistance of a commercial motor rider and reported the incident to the police at a snap check point at Adiembra also on the Suhum-Asamankese road.

“The four suspects were traced by the police to Wasabiampa where they were arrested with the help of the residents,” he said.