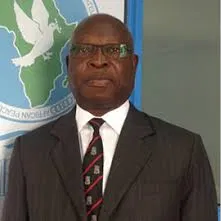 Two security experts have underscored the need for Ghanaians to do everything possible to uphold and maintain the peace the country is enjoying.

They warned that the creation of violent and related conditions could result in “other countries coming to keep peace in Ghana”.

Speaking with the Daily Graphic in separate interviews, the security experts — Brigadier-General Dan Frimpong (retd) and Col Festus Aboagye (retd) — noted that security was everybody’s business and not restricted to the security agencies alone.

In that respect, they stressed the need for all to contribute their quota to the maintenance of peace after the December 7 elections.

Regarding the voting process, he indicated that it was quite smooth, and that he spent just five minutes going through the process, without any difficulty.

“To be honest, we finished the voting well, and so it came to me as a surprise that during the collation of results, things appeared not to have gone on well,” he said.

He described as criminal alleged attacks on the two Members of Parliament-elect and called for the perpetrators to be brought to book to serve as a deterrent to others.

“Any attack by a Ghanaian on a fellow Ghanaian should not be countenanced, and that is why the police are there to take the appropriate action,” he said.

Brigadier-General Frimpong said the leaders of the various groupings or political parties must be committed to safeguarding the peace of the country, and once they did that, their followers would toe the line.

He condemned the attacks on the security agencies and stressed the need for members of the public to desist from such acts.

“When you are dealing with aggrieved people burning tyres and throwing stones at you, do you just open fire on them?” he asked, and answered: “No”.

He urged members of the security agencies to exercise maximum restraint while dealing with such a situation.

For his part, Col Aboagye said a combination of factors would have to be considered to ensure lasting peace, including freeness, fairness and transparency in democratic practice.

He said the monetisation of the country’s democracy was counter-productive.

“If the truth be told, nobody can pat himself or herself on the shoulder and say that Ghanaians have gone to vote. You and I know how money was used to influence voting,” he said.

He said the courts, which were to uphold the rule of law and the deepening of democracy, needed to be objective, neutral and impartial to win the confidence of the people.

Moreover, he said, to consolidate the peace in the country, the Electoral Commission (EC) would have to remain a neutral arbiter by dispelling all the notions and perceptions that it was an agent of a political party.

“They are political and civil rights, consistent with the Constitution, and any Ghanaian can demonstrate — you cannot take that away from them. We have a history of demonstrations, with some of the popular ones being the Kume Preko series. But that is where the line is drawn: peaceful protest, not violent protest,” he said.

Col Aboagye said political vigilantism had not gone away and cited the incidents in Awutu Senya East, Odododiodoo and Savelugu as examples.

He called for investigations into the alleged use of the military to intimidate voters.

“An allegation is not useless and conspiracy theories are not absolutely useless,” he said.