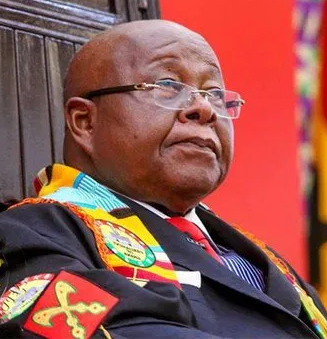 The record higher number of sittings, volume of work and major reforms under the Seventh Parliament of the Fourth Republic have culminated in the adoption of the principle by Parliament that Private Members’ Bills should be allowed to fill in the gaping gaps in the country’s laws and meet the needs of the times.

With seven PrivateMembers’ Bills being worked on and two laid before the House, the Speaker of Parliament, Professor Aaron Mike Oquaye, believes the legislature is on the path of achieving major milestones.

So far, the Public Health (Amendment) Bill, 2020 and the Road Traffic (Amendment) have been laid before the House and are at the second reading stage.

The House, which has so far accepted over 3,461 papers for consideration, is set to be dissolved on the night of January 6, next year, a day before the inauguration of the eighth parliament.

Professor Oquaye told the Daily Graphic in an exclusive interview that “Parliament belongs to the people of Ghana, hence, improving the lot of Parliament as an institution is very vital to deepening our country’s democracy.”

The Speaker, who has presided over 655 plenary sittings, said those landmark achievements would reshape the legislative outlook.

The House, for the first time, has initiated the use of sign language interpretation for the benefit of persons with hearing impairment.

Under the instrumentality of the Speaker and the Board, Parliament has steadily seen various phases of the physical infrastructural Enhancement Project, which include the construction of the Tower Block Annex (Job 600 Annex), the Visitors’ Waiting Centre, Drivers’ Waiting Centre and the Chamber Support Services block.

He also spearheaded the facelift of the existing Parliamentary Chamber to create and expand the Tower Block (Job 600) facility to accommodate the offices for all members of parliament (MPs) and the revamping of the Parliamentary Training Institute (PTI).

Apart from providing infrastructural facilities, Professor Oquaye said, “the Parliamentary Service Board comprising Hon. Hackman Owusu-Agyeman, Hon. Osei-Kyei-Mensah-Bonsu, Hon. Haruna Iddrisu, Hon. Abena Osei-Asare, Mr. Cyril Nsiah and the two co-opted Members of the Board  – Hon. Joseph Osei Wusu and Hon. Alban Bagbin had been very instrumental in the establishment of institutional structures such as the Parliamentary Reforms Department, the Clinical Psychology Unit, the Legal Department with a unit dedicated to Legislative Drafting, and the Budget and Fiscal Analysis Office.

“These structures which have brought tremendous enrichment to the work of Parliament, will serve as a solid foundation for the 8th Parliament to build on,” he said.

The Speaker, who once occupied the Dome-Kwabenya seat, indicated that “Parliament has formed a close cooperation with the Executive to promote the development of our democracy while at the same time maintaining the autonomy of the House.”

Notably, both sides of the House have publicly commended Professor Oquaye for his firmness, fairness and ability to build consensus for the smooth running of the business of Parliament.

Prof. Oquaye employed his diplomatic skills in resolving many conflicts, petitions and issues brought before him. He would be remembered for resolving international trade issues between Ghana and Nigeria in September, 2020.

Also, through his personal relationship with the Serbian government, the Speaker acquired scholarships for 21 Ghanaian students. Through his efforts, many Ghanaian students have successfully completed their educational pursuits as he paid for their tuitions.

Speaking on the advocacy for debt forgiveness, the Speaker noted that a strong concept of accountability is needed to ensure that debts forgiven are used judiciously. “This is the demand of our donors and by using legislative diplomacy, Parliament complements the efforts of the Executive to provide that assurance.”

The Office of the Speaker also ensured that the rich experiences and learning outcomes were documented and bound for historical reference. Currently, nine books are being published under the auspices of the Speaker. They include Statements on the Floor (2017, 2018, 2019 and 2020), Rulings from the Chair (2017-2020), Speeches from the Speaker and Leaders (2017 -2020), Travel Reports (volumes 1 & 2) and a monograph on Private Members’ Bills in Ghana.

Prof. Oquaye’s aura attracted many distinguished personalities to parliament, including the visit of the first ever sitting Speaker of the United States House of Representatives, Speaker Nancy Patricia Pelosi, who was also granted audience to address the House.

The Prime Minister of Barbados, MsMia Amor Mottley, also visited and addressed the House. The Speaker of the House of Representatives of Nigeria, Mr Femi Gbajabiamila, and the Speaker of Uganda, Ms Rebecca Kadaga (MP), were also the guest of Ghana’s Speaker.

As a legislator himself, Professor Oquaye’s passion for Affirmative Action led him to initiate measures to advocate for women and children’s inclusion, people with special needs, and gender equality.

He has also shown interest in the welfare of the marginalised in the society, including various donations to persons with disabilities and sought the release of a pregnant woman from the Nsawam Female Prisons.

Having noticed the significant housing deficits of staff in the service, Professor Mike Oquaye and the entire Parliamentary Service Board granted waivers to staff to access their own houses at the Rehoboth Knightsbridge Housing Facility at Kwabenya.

The Board also instituted approaches to build human capacity and resources of Parliament arising from his keen interest in building a knowledge hub for the institution.

The ingenuity of the Speaker and his two Leaders has provided MPs and staff opportunities to participate in several sub-regional and international learning experiences.

Together with the Parliamentary Service Board, Professor Oquaye helped to comprehensively deal with human capital issues in Parliament through incentives such as the institution of an award scheme for retiring officers, staff who exited and others who had transitioned.

The Speaker also worked on the enhancement of the End of Service Benefits for staff.

This includes the introduction of the first ever institution-specific pension scheme, the institution of special awards for hard-working MPs, staff and members of the Parliamentary Press Corps, the introduction of special transportation allowances for categories of middle to junior level, staff and the promotion of all eligible staff which had been stalled for over a decade.