Legal Aid in need of aid to perform legal duties 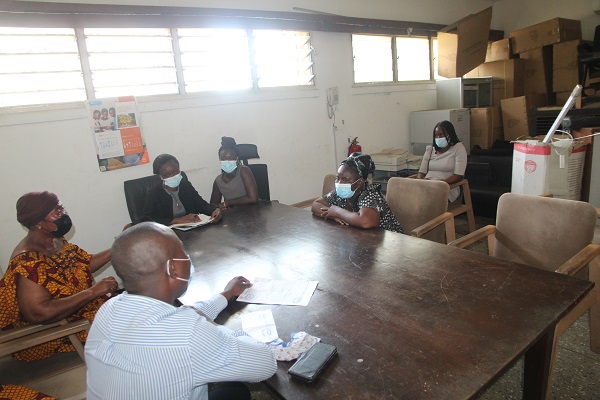 The conference room is used for ADR purposes

The lack of office space is hampering the work and activities of the Legal Aid Commission, Ghana (LAC).

This has constrained the commission in its recruitment drive for more lawyers and other supporting staff for its work.

According to the commission, Ghana needs more than 100 lawyers out of which 10 should be allocated to each region in the country to help serve the needs of the public, especially those who cannot afford legal representation in court.

However, only 34 lawyers have been engaged so far across the country to work on all cases including criminal and civil, and this is preventing many from accessing justice in the country, thereby defeating the Sustainable Development Goal (SDG) 16 which mandates states to ensure peace, justice and strong institutions.

With the exception of Greater Accra and Ashanti regions which have 10 and seven lawyers respectively, the Northern, Savannah, North East and Upper West regions have only one lawyer serving the public under the scheme, while the Upper East Region has two lawyers.

Volta Region has two, Western three, Central two and Eastern Region has two lawyers to make a legal representation of the poor and vulnerable in those areas.

The Executive Director of the commission, Mr Martin Tieku Amoyaw, and the Board Secretary and Head of Administration, Mr Sylvester Nyarko Mends, disclosed this to The Mirror in an interview.

The LAC acts as a public defender for the underprivileged in society who may require legal services but cannot afford.

It also provides legal education for Ghanaians to have an understanding of the law as well as provide Alternative Dispute Resolution (ADR) services.

Current location
A visit to the commission by The Mirror showed that it was currently occupying the basement of the Council for Law Reporting, with some few rooms allocated to both the Greater Accra regional office and the national headquarters of the LAC.

There is only one room allocated to about 10 lawyers who have to receive clients at different points in time on a daily basis, leading to a lack of privacy on the part of clients. 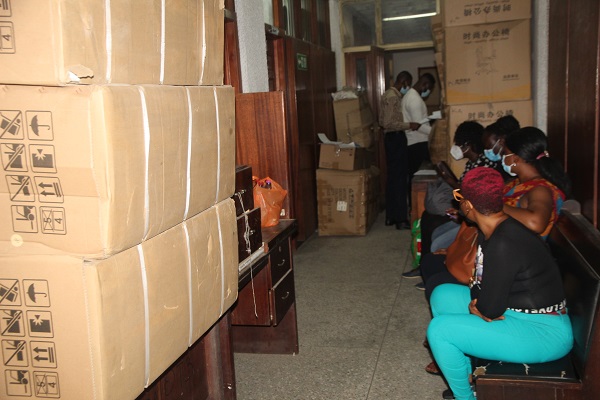 The rooms and corridors are congested

Besides, they share the same room with National Service Persons and those on pupillage.

One room has also been allocated to serve as a conference room.

Sometimes lawyers have to sit with their clients outside the premises due to lack of space.

He described the situation as inhumane, alluding to a human resource survey the Public Services Commission conducted recently about the LAC.

He said the situation was even worse whenever it rained, noting that the whole place got flooded. 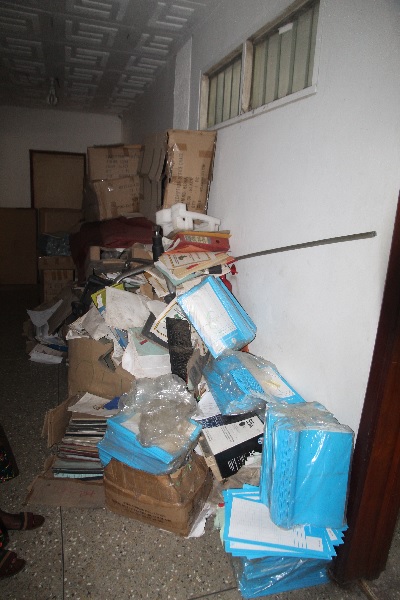 “We should be able to set up the three divisions that the law mandates us to do — public defenders, public education and ADR (each of these must be a directorate). This will enable us to perform our duties without restrictions, but due to lack of office accommodation and space, we are not able to recruit for people to come in. If you recruit, where will they sit to work?” he asked.

Action
Mr Amoyaw called on the government to mobilise resources and complete the Law House Complex to enable it to have its offices in there.

“We have made a lot of complaints to the Minister of Finance and the Chief of Staff and other stakeholders, and we are waiting for them to get us a permanent and more flexible space. Residential accommodation is also a major challenge. We all have to struggle for residential accommodation. Throughout the country, we have only two rickety vehicles, and one has broken down for a while now. The one remaining too cannot move beyond Accra because it might break down,” he told The Mirror. 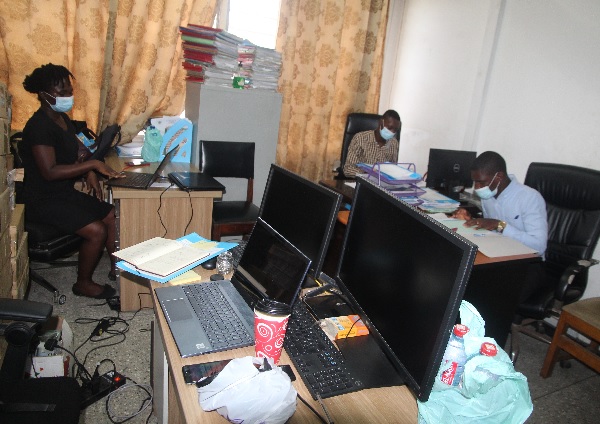 This room contains the audit, IT and administration staff

In spite of the many serious challenges the commission is facing, the Executive Director said: “For equipment, it was only this year that we had some tools to work with. So that is a bit better for now, even though we need more.”

Administration
Mr Mends stated that the commission would continue to work in the interest of the public in spite of the challenges. 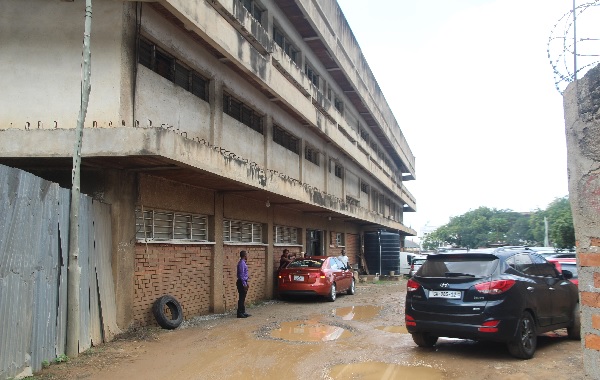 Even though its services were free, he explained that a client was expected to pay only GH₵5 for registration, which was limited to certain regions based on the poverty index across the country.

On average, he stated that the commission was able to handle about 200 to 300 cases every week in Accra alone.